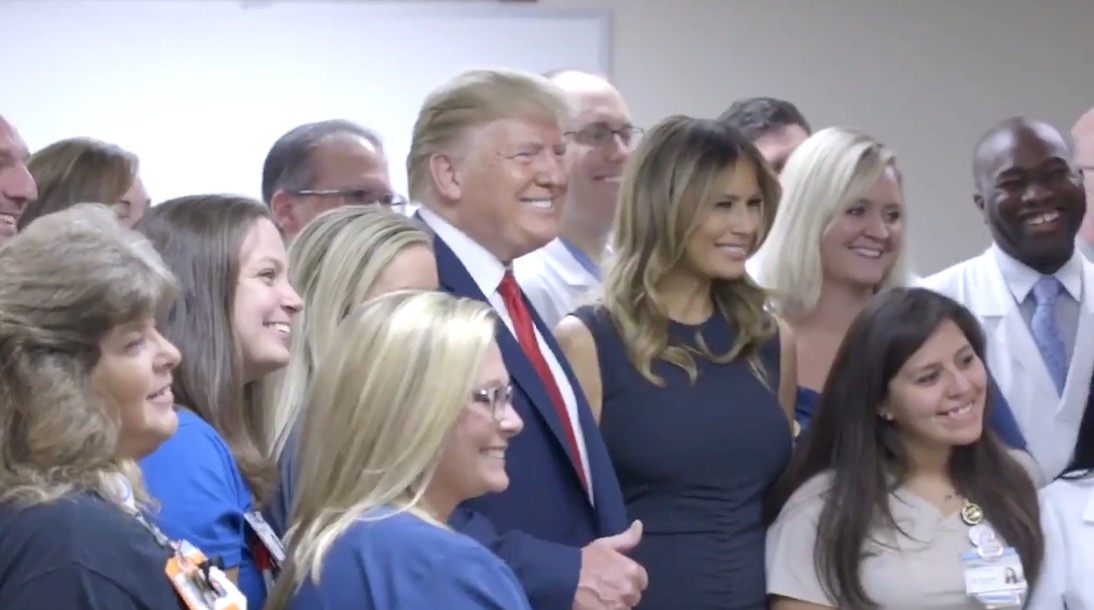 President Donald Trump is getting criticized for a 30-second video he shared documenting the warm reception he received in Dayton and El Paso following mass shootings last weekend.

The professionally shot and edited video was shared on the president’s Twitter feed Wednesday evening and features a series of shots of President Trump shaking hands and posing for photos with hospital staffers, though noticeably does not include any images of his meeting with any victims from either mass shooting. The music bed included is so over-the-top that it would make Carl Orff blush.

My time spent in Dayton and El Paso with some of the greatest people on earth. Thank you for a job well done! pic.twitter.com/TNVDGhxOpo

But as Washington Post fact-checker Glenn Kessler notes, the press was not allowed to join President Trump during any of his visits, and as a result, the public is only allowed to learn what happened via the tightly curated and slickly packaged information propagated by the White House. Or as he fairly calls it “propaganda.”

Reporters were not permitted to witness any of this. So now Americans end up with a propaganda video. This is a very slippery slope. https://t.co/wATIDAcxZA

Trump’s visits have been remarkably controversial, particular that to El Paso due to the manifesto left by the assailant that parroted specific language Trump has used to describe Central American migrants as an invasion. Reports have surfaced that victims of the shooting in El Paso refused to meet with Trump and that White House staffers have privately described the visits as a debacle.

But because the media was not allowed to document and cover these visits, we are only left to see what the Trump administration wants the public to see. As Kessler rightly warns, “this is a very slippery slope.”