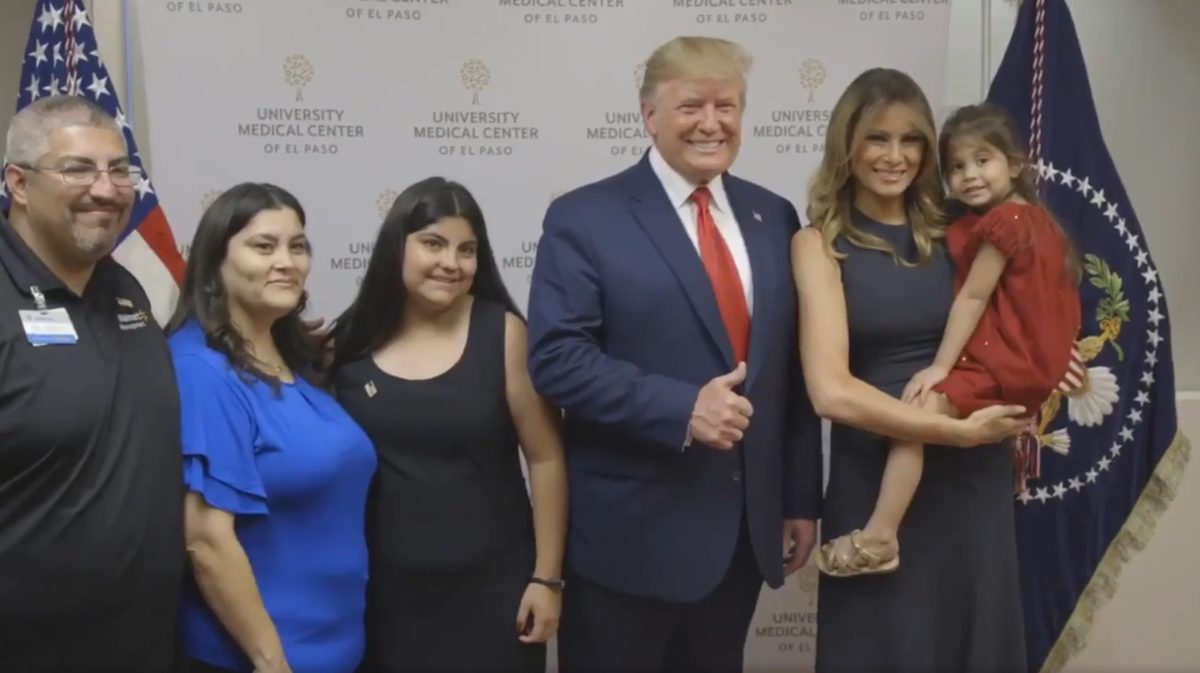 Reporters were not allowed to tail President Donald Trump when he visited mass shooting victims on Wednesday, but a new report says that a number of patients at an El Paso hospital refused to see him.

Washington Post reports that when Trump appeared at the University Medical Center of El Paso, two of the victims who were previously discharged returned to the hospital and met the president with their families. At the same time though, UMC spokesman Ryan Mielke said they still had eight shooting victims in treatment yesterday, and none of them met with the president.

“This is a very sensitive time in their lives,” Mielke said. “Some of them said they didn’t want to meet with the president, some of them didn’t want any visitors.”

White House press secretary Stephanie Grisham insisted to WaPo that the president and first lady Melania Trump were “received very warmly by not just victims and their families, but by the many members of medical staff who lined the hallways to meet them.” Grisham also pointed to a video Trump posted on Twitter as proof of how she was received.

UMC treated 15 of the people who were wounded when the El Paso gunman went on his allegedly racially-motivated massacre at a local Walmart. One of them died from their injuries, five are still in critical condition, and three are in serious condition.