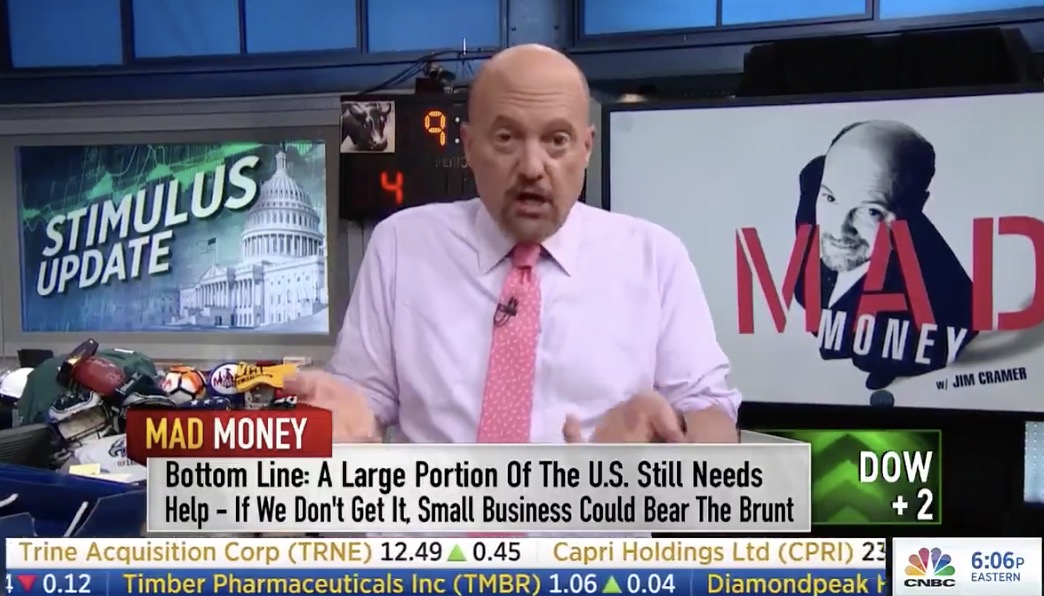 President Donald Trump has weighed in on the recent media controversy surrounding Jim Cramer and his calling of Speaker Nancy Pelosi “Crazy Nancy” during a Tuesday afternoon interview. The CNBC host apologized on air for ostensibly disrespecting the Madame Speaker and explained how it was a misguided effort to reference the bitter divide currently in Congress, particularly in light of a still-stalled relief bill for Covid-19.

Cramer asked his CNBC guest, “What deal can we have, crazy Nancy — I’m sorry, that was the president, I have such reverence for the office, I would never use that term, but it is hard isn’t it?” Speaker Pelosi appeared unfazed but shot back, “But you just did!” Cramer responded, “Oh, come on, you know what I mean,” to which Pelosi agreed, “I know what you meant.”

Cramer received a fair amount of grief for the moment, which he earnestly addressed later on the same show. “I made a very stupid comment,” he opened. “It was a tongue-in-cheek attempt to make a point about the harsh tone of the negotiations in Washington, and it fell completely flat which I apologize for.” He then made it clear that he has “an incredible amount of respect for both the Speaker and the office she holds.”

President Trump amplified the moment by sharing a video clip of this moment on his Twitter feed Wednesday morning, admonishing Cramer for the apology. “You didn’t make a mistake,” Trump wrote. “It’s true, and that’s why you said it. No pandering!”

Jim, you didn’t make a mistake. It’s true, and that’s why you said it. No pandering! https://t.co/64fFoZvMZc