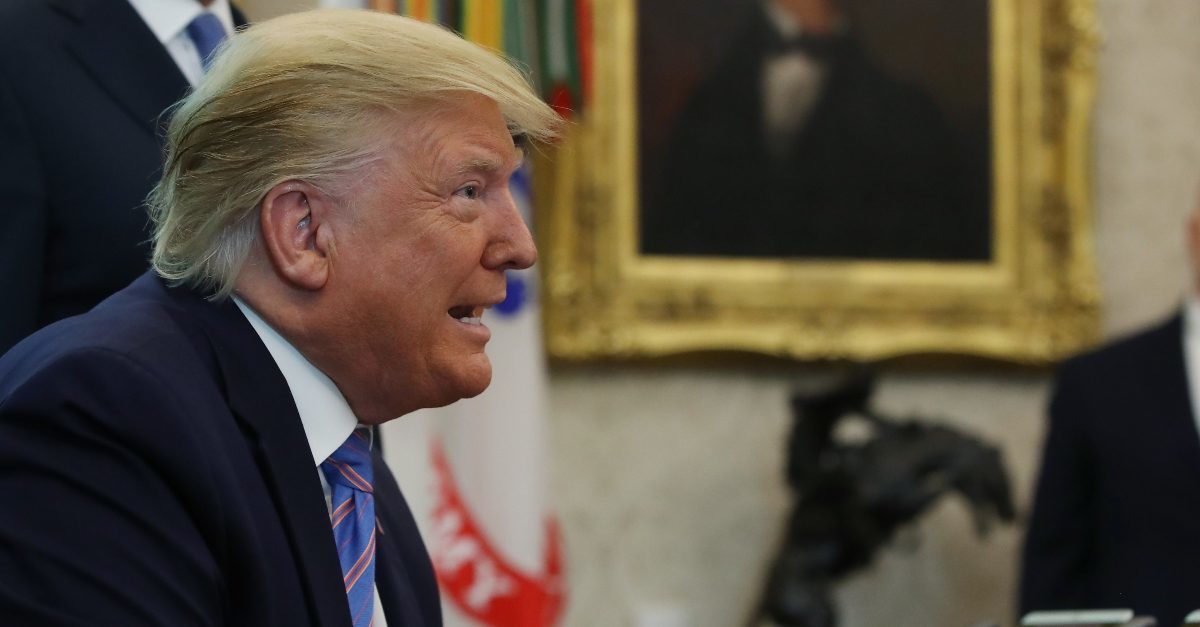 While support for and against impeachment has stayed relatively level, with 49 percent of respondents saying in a new ABC News/Washington Post poll that Donald Trump should be removed from office and 47 percent are opposed, the survey found that the president’s approval numbers within his own party are taking a hit.

Among Republicans surveyed in the Friday poll, 74 percent support Trump against the Democratic-led inquiry — down from 87 percent in July — and a notable 18 percent of such respondents voiced support for impeaching the GOP president. Overall, 49 percent of Americans support impeachment and 47 percent are opposed. A not insignificant number of GOP surveyors also took issue with Trump involving his personal attorney Rudy Giuliani in his plot to pressure Ukraine into targeting former Vice President Joe Biden, as 32 percent of Republicans said Giuliani’s role in the scandal was inappropriate.

Additionally, the ABC/Post survey found that Democrats are more united on the issue: 82 percent support removing Trump, while just 13 percent are against their party’s efforts. Trump’s approval numbers throughout the impeachment process have remained steady; 38 percent of Americans stand by him, while 58 percent disapprove of his administration and 48 percent strongly disapprove.

Still, Democrats faced considerable criticism in the poll. 50 percent of Americans disagree with the route that the Democratic congressional leadership is taking to impeach Trump and 65 percent believe that their should have been more transparency during the closed-door hearings that launched the impeachment inquiry. 58 percent disapproved of Trump’s actions while facing a potential impeachment.

The sharp partisan divides discovered in the ABC/Post poll vary significantly from public opinion during the 1998 impeachment of former President Bill Clinton. The highest number of Americans who supported impeachment at the time crested at 41 percent, while that number dived to just one-third of the country when Clinton was actually impeached at the end of the year.