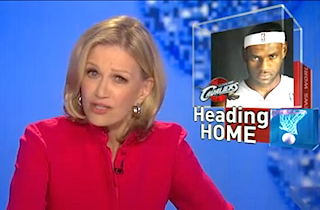 On Friday, NBC Nightly News and the CBS Evening News both opened with the story about accidents involving anthrax and bird flu at C.D.C. labs. But ABC World News went with a more uplifting story to start its show: NBA all-star LeBron James’ decision to return home to Cleveland and rejoin the Cavaliers.

“The king is coming home,” Sawyer said at the top of her broadcast Friday night. “LeBron James, and not just the king of basketball, arguably the superstar whose choices could change the economic fortune of an entire city. Today James announced that he’s chosen to return to Cleveland.”

Sawyer spent just over two minutes on the story, which included a report from the ground in Cleveland where fans were celebrating James’ return, before turning to the C.D.C. story herself. On CBS and NBC respectively, Brian Williams and Scott Pelley eventually got around to covering James’ decision later their broadcasts.

The outrage on Twitter over ABC’s decision to lead with the LeBron James decision over other, more substantive stories, was palpable. Here’s a sampling of the sentiment:

LeBron James was the FIRST story on @ABCWorldNews. @NBCNightlyNews managed to hold off till 8 minutes in the telecast. #Shameful

The Middle East is at war and ABC World News is leading with LeBron because of course!!!!!!!!

I understand Lebron's move to Cleveland is big news but @ABCWorldNews that's what you start your broadcast with??? 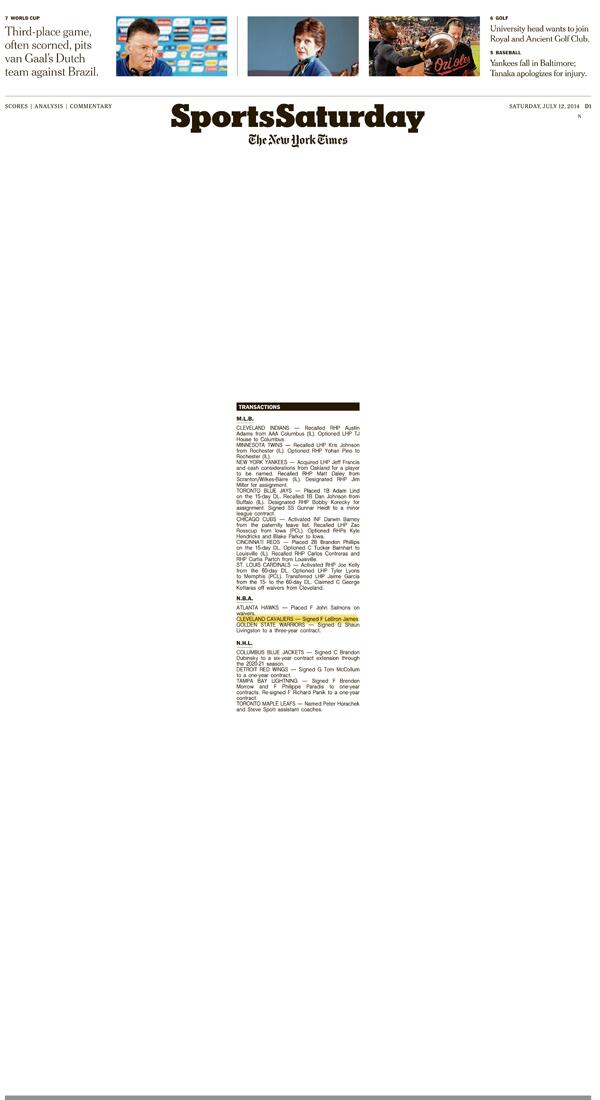