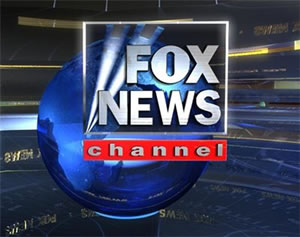 When Fox News is regularly beating the cable news competition every hour in prime time – combined – where does the network go for competition? Beyond the news networks, and now toall of cable.

Here’s the new goal: be the top-rated cable network every week: ahead of USA, TNT, ESPN and everything else. Will it work? Fox News’ senior vice president of programming Bill Shine talks to Mediaite about the new strategy.

“We have news events that pop up and you never know when that will happen,” said Shine. “It’s difficult but we’ll see if we can do it.”

Here’s where they stand now. For the 2nd quarter of 2009, FNC was the #3 cable network in prime time, behind USA and TNT (which was helped big by the NBA playoffs). For comparison, CNN was 23rd and MSNBC 25th.

The numbers show that FNC is clearly in the picture, but for now it looks like USA Network is out of reach.

So is there a plan in place to take out the networks at the top? “If there is I’m not going to tell you,” joked Shine. “We are in a traditionally slower viewing period, but I’m not so sure this year, like last year, there is going to be a lull like in past years. Last year it was the election, but now we’ve got the Sotomayor hearings, health care…we’re not expecting the usual lull.”

Despite the success of Glenn Beck at 5pmET, Shine says there’s no plans to beef up the ratings in prime time with a line-up change. “None at all. We’re perfectly happy with how lineup is right now,” he said.

In a Mediaweek story that touched on this idea in April, Gary Carr, senior VP at TargetCast tcm, said, “This time of year, every network is trying to position themselves, make themselves stand out from the crowd. It’s a good story, but they’re not going to be taking anything away from USA.”

In cable news right now, it’s almost as if no network wants to compete against the field. With FNC so far ahead, it’s looking beyond the competition. But MSNBC is clearly ceding the top spot to Fox, and making it a race for 2nd place with CNN. CNN meanwhile doesn’t want to settle for the stigma of 2nd, and is instead changing the conversation.

For FNC, focusing on USA, TNT and others in a bid to be the best in cable is the only real move for a network that wants to stay sharp and continue driving forward. It may not overtake USA, but the goal is the only logical step for a channel continuously pushing the underdog mentality.

“Like we have the last 13 years, we don’t take a day off and don’t rest and put pressure on our talent and producers to continue to put the best product out there and to stay as successful as we are,” said Shine.