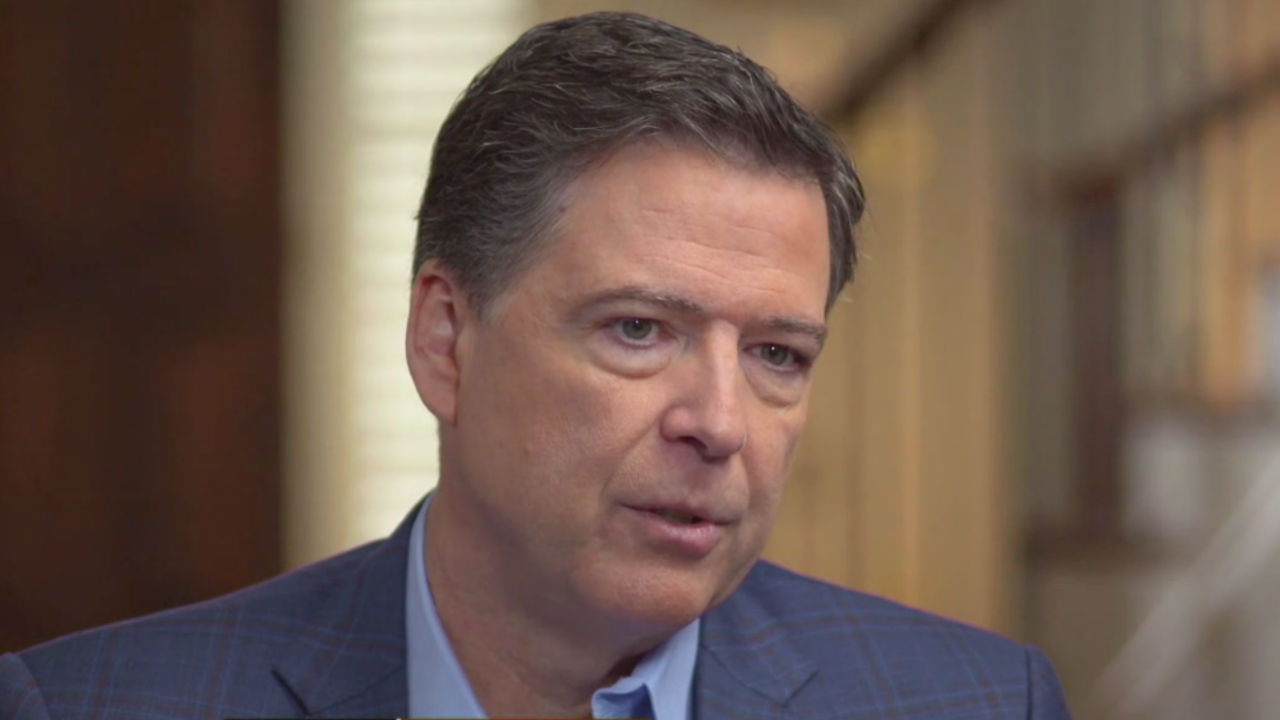 On Thursday afternoon, Comey sat down with CNN anchor Jake Tapper for a wide-ranging 30-minute interview. Among the topics discussed; Comey’s declaration that Donald Trump is “morally unfit” to be president (clip via CNN).

TAPPER: Do you think the nation would be better off if Hillary Clinton had won?

COMEY: I can’t answer that. That’s something- that hypothetical is too hard for me to go back in time to try and answer-

TAPPER: You paint a pretty dire picture of President Trump. It’s hard to imagine how you don’t think the nation is better off if Hillary Clinton had won.

COMEY: I don’t think about it in those terms though, Jake. I think we have the current president, who was in my view legitimately elected, is serving as president. The question is, ‘Is he adhering to our values?’ He’s clearly not. So what do we do about it? I think the first thing we do is not get numb to it. When he calls for the jailing of private citizens in his tweets, don’t shrug but realize- that’s not okay. That’s not normal.

TAPPER: It’s- uh, interesting that you won’t go as far as to say that Hillary Clinton would be — the nation would be better off if Hillary were president because you have called for the nation to respond to the challenge of Trump in your view by voting, presumably by voting against what he represents. Is that not a fair interpretation?

COMEY: I actually think of it, maybe it’s the same thing, but I think of it in terms of voting for something else, which is the core values of this country which are more important than any policy dispute. So I don’t care whether people find that in it a Republican or Democrat or neither. It’s important that our leaders reflect those values because that’s all we are.

So instead of answering Tapper’s question one way or the other, Comey tried remaining apolitical.

REMNICK: Do you think we’d be a lot better off with Hillary Clinton as president than Donald Trump?

COMEY: Certainly given her commitment to our traditions and our norms and our values and the rule of law, yes.

That’s quite a drastic shift Comey made within a matter of hours.

It begs the question why the former FBI Director would tell Jake Tapper one thing and David Remnick another. Is it the fact that one interview was on television and the other was on radio? Did Comey simply change his mind between both interviews? Or did he knowingly withhold from Tapper how he felt about Hillary Clinton being our president?

Whatever the truth may be, the man who used to be the nation’s top cop should know of all people how suspicious it looks when someone who’s being interrogated changes their story.