Ed Schultz Out, Ezra Klein In? I Doubt It

Ed Schultz Out, Ezra Klein In? I Doubt It 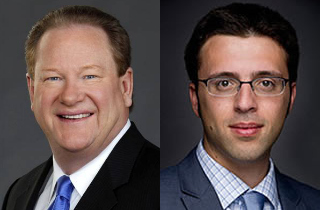 The New York Times’ Brian Stelter writes about MSNBC. But everyone is going to be talking about this paragraph buried in the second page near the end…

Several MSNBC employees, who spoke about programming plans on the condition of anonymity, said the most likely candidate for a new show was the Washington Post columnist Ezra Klein, a frequent substitute for Ms. Maddow. Mr. Klein may start with a weekend time slot, but these people said the 8 p.m. weekday time slot held by Mr. Schultz was also a possibility.

If it’s being floated, even as a trial balloon, it suggests things are not well in the Ed Schultz/MSNBC relationship. But it also could mean more trouble for MSNBC if the network went through with it.

Ed Schultz is in the Keith Olbermann mold. He’s in the Bill O’Reilly mold. He’s in the Nancy Grace mold. He’s an attack dog, perfectly suited for the fire and brimstone strong POV 8pm ET timeslot that those three all occupied for years. 8pm is where the fireworks take place. CNN’s counterprogramming non-withstanding.

Now consider Ezra Klein. He’s articulate. He’s scholarly. He’s relatively restrained. He’s in the Maddow/Hayes/Perry mold. In other words he’s not 8pm material. MSNBC should know this already and not be entertaining the idea of putting Klein there. They already tried the more restrained route with The Last Word after Olbermann quit. It didn’t work and Lawrence O’Donnell went back to 10pm where his show was better suited. I cannot believe that Phil Griffin would want to attempt to repeat what in hindsight turned out to be a mistake.

Because it seems so far fetched that MSNBC would attempt to go against the 8pm grain with Klein, I think this leak is more of a message from MSNBC to Ed Schultz and the message is, “You are replaceable.” What prompted it is unknown. Is there a contract negotiation going on and Schultz is asking for too much? Or is it pushback, as Mediaite’s Joe Nicosia notes, to Schultz allegedly claiming on his radio show to be the reason for MSNBC’s success? Though I don’t read Schultz’s quote the way NewsBusters is reading it. I read it as Schultz saying that sticking up for the blue collar (union) working man was never a targeted demographic on MSNBC the way it now is on his show. And, he’s basically right about that. Schultz has cornered the market in that demographic far more so than anyone else at the network.

On the other hand, look at Schultz’s numbers for October.

That’s almost double what The Ed Show did last month. Now, obviously, the November 2008 numbers were somewhat juiced by the 2008 election. But so should have the October 2012 numbers been. But let’s look at this from a slightly different angle…

And here are Maddow’s numbers for November 2008…

Maddow, like Schultz, couldn’t regain the highs of 2008. But Maddow was a lot closer to her 2008 numbers than Schultz was to Olbermann’s numbers in 2008.

It may turn out that MSNBC thinks it can do better numbers at 8pm than it has. But whatever the reason MSNBC is entertaining ideas of moving Schultz’s show, or dropping him entirely, I don’t believe Klein is the right choice for reasons I outlined above.

“We’re very happy with the performance of our primetime lineup, which topped Fox News Channel three nights this week. There are no changes planned.”

Operative word: “Planned”. Things don’t have to be “planned” for Stelter’s story to still be accurate. I still think it’s unlikely though.