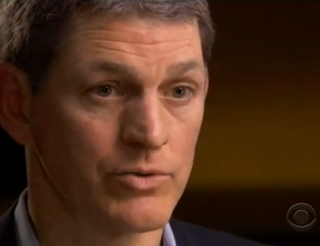 The struggle to catch Osama Bin Laden has been a long time coming for many CIA counter-terror agents, and on 60 Minutes last night, one former official explained to Lara Logan the frustrating process of targeting and finding Bin Laden in Afghanistan in 1999, barely taking precautions to cover himself, and receiving only bureaucratic obstacles from the Clinton White House when asking for authorization to kill him.

“The warnings were there,” Crumpton told Logan of Bin Laden, who his unit of the CIA had been tasked to find and take out. But he encountered nothing but difficulties, as the Clinton White House seemed not to trust the sources the CIA used to find information in Afghanistan.

Crumpton explained the variety of options at hand for the CIA to use against Bin Laden, though they finally settled on using a Predator to survey Al Qaeda. “We saw a security detail, a convoy, and we saw Bin Laden exit the vehicle [in Kandahar],” Crumpton told Logan. Yet despite the relatively easy access and clear ability to target, as well as the CIA’s desire to take Bin Laden out, Crumpton narrates that “the Clinton administration’s response was, ‘Well, it will take several hours for the TLAMs, the cruise missiles launched from submarines, to reach that objective. So you need to tell us where Bin Laden will be five or six hours from now.’ The frustration was enormous.”

Crumpton answers Logan later that he does think the Predator drone strikes in Pakistan today were designed in part to avoid the time-consuming bureaucracy that led to Bin Laden escaping the CIA many times before. “The handful of CIA officers that we had, in great frustration, we began the discussion of, ‘Okay. We find him again we will have to engage ourselves,'” he notes.

Newsbusters didn’t squander the occasion to point out that Clinton had appeared in an ad precisely about terrorism with President Obama, and given the damage a dead Bin Laden in 1999 would have saved the country, it’s hard to blame the right for tackling an absymal Clinton-era foreign policy record the Obama camp actively brought to the fore in an attempt to throw sand over the highlight of his resume– his exacerbation of the Bush Doctrine. But that doesn’t mean the ad doesn’t make sense for a target audience of Democrats who are highly suspicious of President Obama’s neo-conservative record on foreign policy. Nor does it make this interview with former Deputy Director Crumpton.

The video via CBS below: