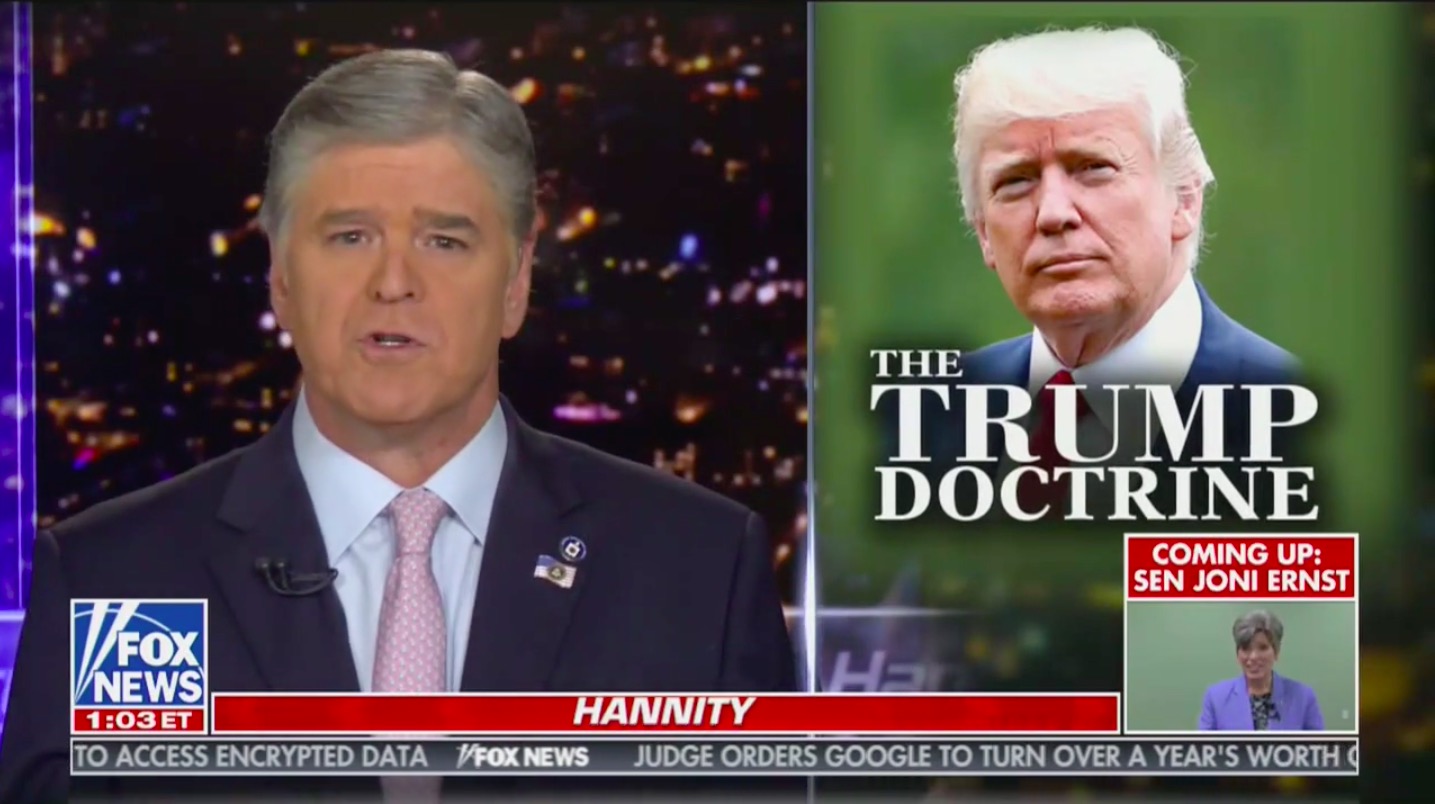 The day after Tucker Carlson bagged an astonishing quantity of viewers during his coverage of Iran’s attack on a military base housing U.S. troops, 9 p.m. Fox News anchor Sean Hannity reclaimed his usual position as number one in cable news.

Laura Ingraham was close behind, and The Five, a daytime program on Fox News, came fourth — beating out MSNBC’s Rachel Maddow, who placed fifth with 2.98 million in total viewers and 504,000 in the demo.

The whopping ratings day for Fox saw its prime time shows average 3.85 million in total viewers and 658,000 in the demo. The big numbers started early too. Fox & Friends, the three hour morning show that kicks of the network’s day, scored 2.7 million total viewers and 507,000 in the demo — its highest ratings since the day after the 2018 midterms.