Heritage Foundation’s Latest Obamascare Story — Does It Check Out? 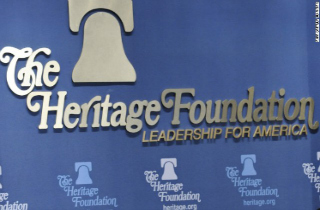 Even as CNN improves its reporting on Obamacare, Fox News continues the larger mainstream media trend of reporting on supposed Obamacare horror stories. On Monday night’s The Kelly File, Megyn Kelly featured a report by Trace Gallagher that told the sad story of a family that might have to cut down on manicures and such, in order to afford their Obamacare plan. Turns out the story, as it was initially reported by the Heritage Foundation, doesn’t really add up.

Gallagher’s report focused on Kate Joy, a California woman who, “despite her name, is not happy” about Obamacare. She and her husband “have an extensive Christmas list, and have checked it more than twice,” Gallagher reveals. “It’s a list of what they plan to give up to pay for the new healthcare plan.”

“They live in northern California, and help support their 19- and 21-year-old sons who work part-time and go to college,” he continues. “Here’s the deal. Under the old plan they paid $499 a month. Of course it was cancelled, because it doesn’t qualify under the Affordable Care Act. Look at the number. $1,252 per month.”

This would be a good place for Gallagher to explain why the old plan didn’t qualify under the Affordable Care Act, but he doesn’t. The viewer, then, is free to assume that the old plan only covered non-complicated doctors’ visits on alternating Tuesdays.

“That’s actually more than my monthly mortgage on my home,” Joy says in the interview clip. “You can imagine that you have to start thinking about, you know, where is the extra money coming from to pay for the policy.”

“To make up for the increase, the Joys are cutting money they normally add to the mortgage every month,” Gallagher explains. “They are cutting the home phone, instead using cell phones. Charitable donations go down, along with the anniversary fund, and teeth cleanings will be just once a year. Add to that manicures, magazines and movies, and they should have the extra $750 they need. Despite her name, Kate Joy isn’t happy.”

“Fewer haircuts, not eating out as much, not going to the movies. That affects small businesses in our community,” Joy says.

On the latter point, people paying more under Obamacare are extreme outliers, so the millions more people who will be paying less ought to be able to pick up the slack for manicurists and dinners at The Olive Garden. Stay tuned, though, because Kate Joy’s nails may yet be saved.

At face value, most people would probably agree that one set of marginally gnarlier nails is a fair price to pay so that millions of other people can no longer be denied health insurance, but it doesn’t even have to be that way.

As Newshounds‘ Ellen Brodsky points out, Fox isn’t the only outlet to have reported on this story: The Heritage Foundation included it in a blog post. And their reporting simply didn’t check out.

According to that Heritage post, the Joys “live off her husband’s retirement salary,” which, according to what Kate Joy told them, is $45,120 a year, and that “the family does not qualify for any subsidies.”

But according to Covered California, both of those things Heritage reports simply cannot be true.

A family of four adults from Sonora, CA, at that income level, qualifies for subsidies that would make an Anthem Blue Cross Bronze plan available for $4 per month. That’s not a typo. Four bucks. For $172 /mo., such a family could get an enhanced Silver plan from Anthem with a $1,000 family deductible, $16,000 less than the Joys’ old plan. $507, what the Joys were paying before, gets an Anthem Gold plan with no deductible at all. Heritage failed to acknowledge the fact that without Obamacare, the Joys wouldn’t even have the option of covering their adult children.

It looks like another story about a family struggling to keep up under Obamacare simply doesn’t check out.