Fox’s Juan Williams Clashes With Co-Hosts on Iran: Trump Making Stuff Up and You Think ‘Anything He Does Is Just Fine!’
video

Fox’s Juan Williams Clashes With Co-Hosts on Iran: Trump Making Stuff Up and You Think ‘Anything He Does Is Just Fine!’

Fox News’ Juan Williams clashed again with his The Five co-hosts on Iran this afternoon over the Trump administration’s response to the strike that took out Qasem Soleimani.

The co-hosts covered the protests in Iran and Greg Gutfeld said, “I get the feeling that maybe Iran wasn’t as overjoyed or in love with Soleimani as our media told us.”

Jesse Watters said “the media has taken the same perspective as the Iranian regime” before defending POTUS on the strike that took out Soleimani:

“When Trump goes in there and takes out a bad guy without having to pay a bribe with no American casualties, 9 out of 10 Americans give him a round of applause. Only the media creates a scandal over Trump killing a terrorist. How many terrorists did Barack Obama take out? In the Taliban. How many generals in Libya across the Middle East? He didn’t have his guys go on the Sunday shows the next weekend telling the media, ‘Oh, here is the documentary evidence that he had that he was planning an imminent attack.’ He didn’t have to do that because the media didn’t demand he do that. Soleimani’s in business to kill Americans. His job for the last three decades is to plot attacks against Americans and our allies. We don’t need a specific piece of raw intelligence saying he’s about to kill an American. It’s what he does for a living. So we killed him first and there is nothing scandalous about that at all.”

Williams got into it with Watters for a bit, with Williams saying Obama got criticized for drone warfare and Watters firing back that “he was not hammered the way this administration has been hammered.”

At one point, Williams ripped the president for this retweet: 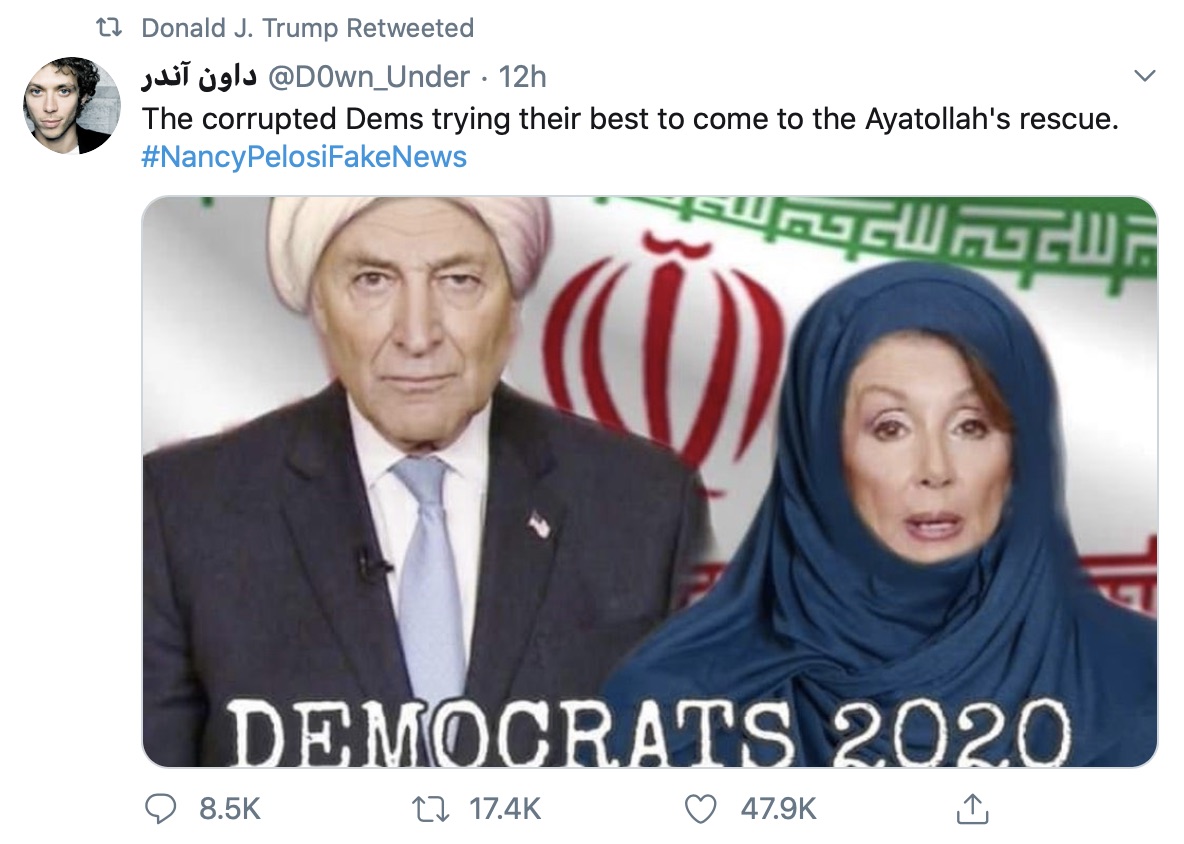 He said, “This is a vile thing that somehow Democrats don’t go after terrorists or hate on people like Soleimani.”

“NBC then says seven months ago, he gave the authorization that if you have a shot, okay,” Williams continued. “So then Trump comes out and says what difference does it make if I had information about an imminent attack, the defense secretary says I never saw any evidence of an imminent attack, Trump says to Laura Ingraham there were four embassies — this guy is making stuff up and you guys are just running around like, ‘Oh, anything he does is just fine!'”