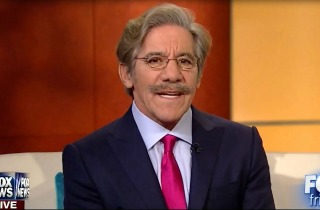 Fox News Channel host Geraldo Rivera opened up on America’s politically correct culture Thursday morning, after A&E announced that Duck Dynasty star Phil Robertson would be suspended from the program for what some consider insensitive comments about homosexuals. Rivera called the politically correct thinking that led to this decision “malignant.”

“I want to say it’s ridiculous to suspend him over his remarks,” Rivera said. “It’s political correctness that’s gotten malignant.” He added that Robertson’s views on homosexuality, while presently frowned upon, were the majority viewpoint for most Americans not ten years ago.

RELATED: We Should Ridicule Duck Dynasty Star’s Views on Homosexuality; But Suspend Him? Come On.

“I would have said something on the order of, ‘His views are vile, according to many people. We don’t agree. We don’t endorse his views, but he has the right to have his point of view,” Rivera suggested. “My fear is, by victimizing or targeting people like Robertson, what you do is you dilute the main message — the message of tolerance.”

“It is intolerant to go after him for intolerance in a way that wrecks his life and maybe wrecks the show,” he continued.

Elisabeth Hasselbeck and Rivera both agreed that Robertson’s suspension teetered on a violation of the First Amendment’s protections of the practice of religion. “He made it clear, he was quoting from the Bible and he said this is what I believe,” Steve Doocy said.

“Everything is not the end of the world,” Rivera concluded. “Back off.”