Jake Tapper Confronts Pete Buttigieg About Taking Paternity Leave Amid Supply Chain Crisis: ‘Why Did You Not Appoint an Acting Secretary?’ 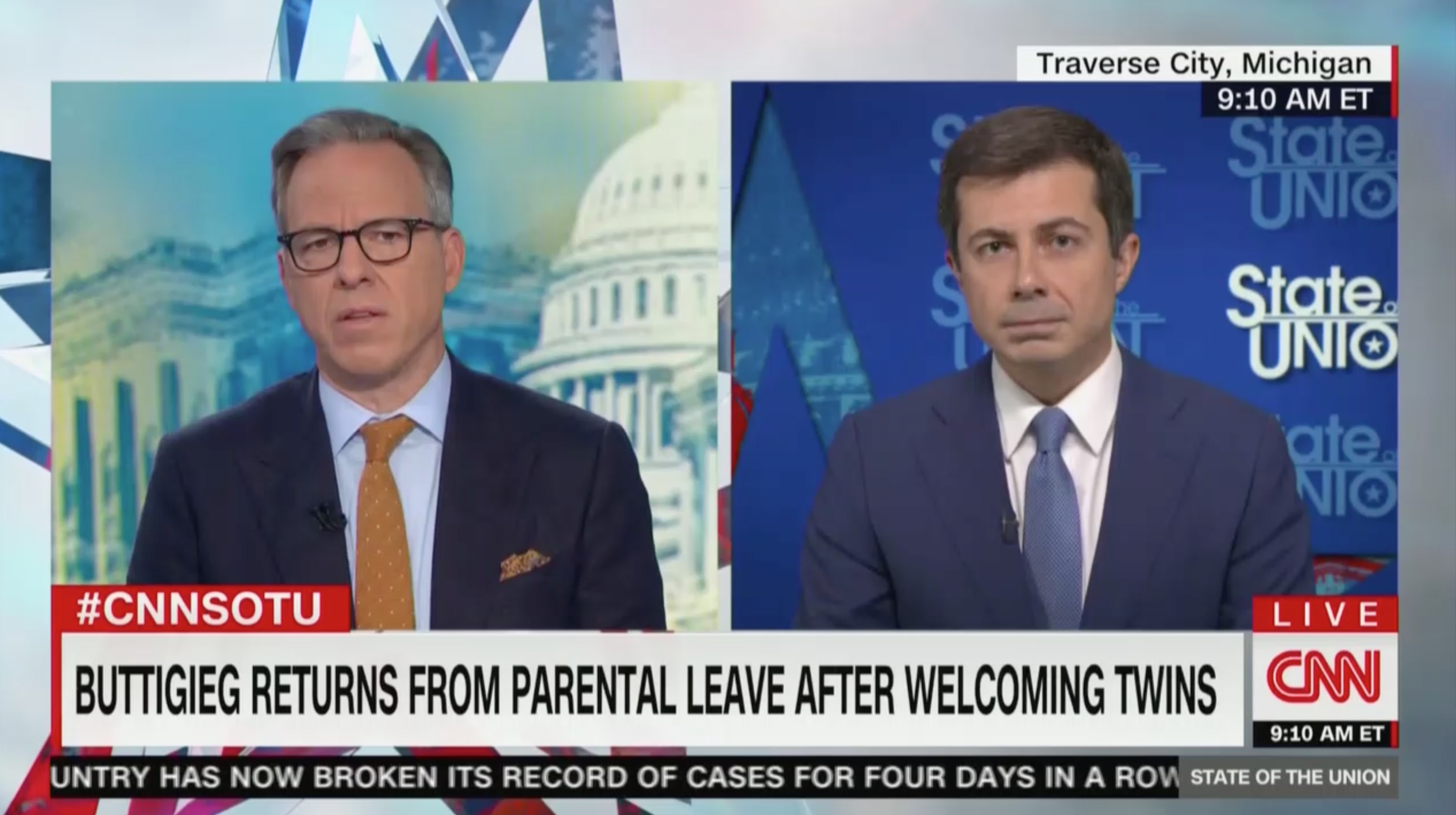 CNN’s Jake Tapper confronted Transportation Secretary Pete Buttigieg on why he didn’t appoint a subordinate to oversee the department while he was on paternity leave.

Buttigieg spoke to Tapper on State of the Union, where he fielded questions about the country’s supply chain crises and the Biden administration’s attempts to get their stalled infrastructure agenda through Congress. At one point in the conversation, Tapper asked Buttigieg to respond to the mockery he has drawn from Fox News’ Tucker Carlson and others for taking leave after he and his husband, Chasten, announced the birth of their adopted twins.

"America needs both of those…not only to make sure we have the right infrastructure but to make sure life gets better in this country." pic.twitter.com/kvzi8D5zWU

Buttigieg has previously responded to Carlson’s mockery, and he once again offered an unapologetic retort.

As you might imagine, we are bottle-feeding and doing it at all hours of the day and night. I’m not going to apologize to Tucker Carlson or anyone else for taking care of our premature, newborn infant twins. The work we are doing is joyful, fulfilling, important, wonderful work, it’s important work and it’s work that every American ought to be able to do when they welcome a new child into their family. I campaigned on that. So did the president.

Tapper added that he was “thrilled” for the Buttigieg family, but he asked “Why didn’t you or the Department of Transportation make an official announcement when you went on parental leave? Why did you not appoint an acting secretary while you were away?”

Buttigieg responded by complimenting the “phenomenal work” of Deputy Secretary of Transportation Polly Trottenberg. He also defended his continued level of engagement, saying that “even though I’m on paternity leave, given the nature of my job, when you take a job like mine, you understand and accept that you will have to be available 24/7 depending on what’s going on. You will have to engage. I did, even if that meant taking a phone call or making a decision from a hospital room.”