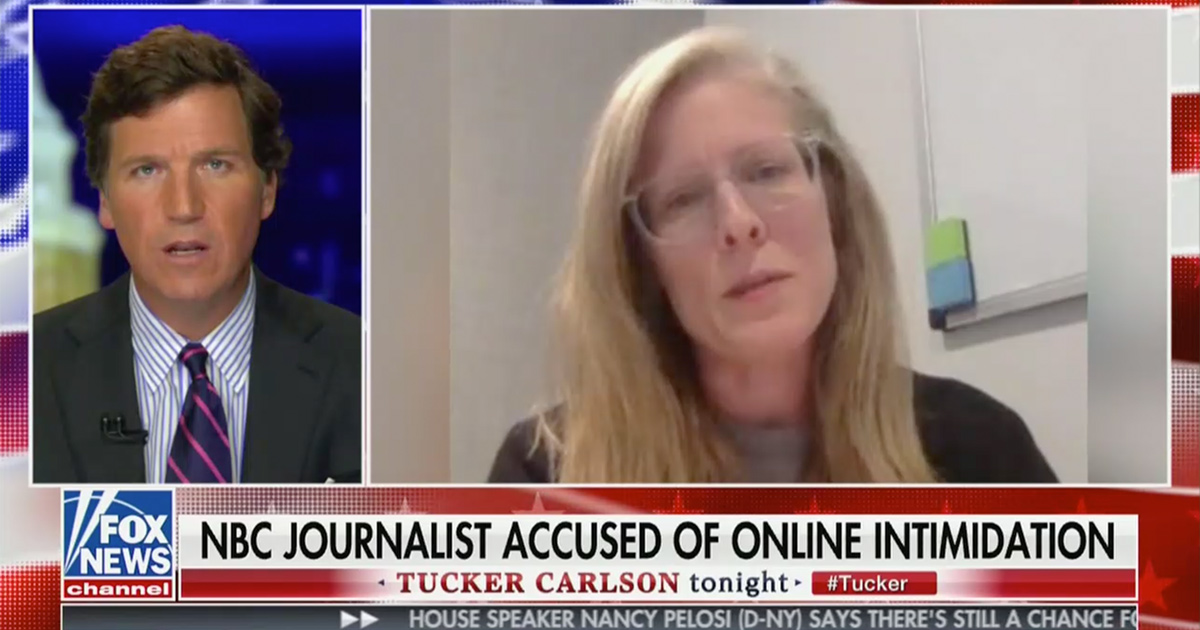 NBC News responded in a statement on Thursday.

“Over the past several years, journalists from news organizations around the world have put themselves at risk in order to shine a light in the dark corners of society and the Internet — specifically in the realm of conspiracy theories and online extremism,” NBC News said (via CNN’s Oliver Darcy). “Last night on FOX News Channel, Tucker Carlson dangerously and dishonestly targeted one of those journalists — Brandy Zadrozny.”

“Brandy represents the best of investigative journalism and of NBC News. She is relentlessly well-researched and sophisticated in her understanding of disinformation and conspiracy theories on the Internet and within some social media communities,” they continued, claiming, “FOX News has chosen to smear Brandy.”

“In doing so they have shamefully encouraged harassment and worse. Fortunately, any effort to intimidate Brandy is doomed to fail,” NBC News concluded. “NBC News couldn’t be prouder of Brandy, and we will continue to vigorously support her work.”

Fox News has not responded to Mediaite’s request for comment.