O’Reilly To Geraldo: ‘I Don’t Care’ If Black People Feel Like I’m ‘Stereotyping’ Them
AUDIO

O’Reilly To Geraldo: ‘I Don’t Care’ If Black People Feel Like I’m ‘Stereotyping’ Them 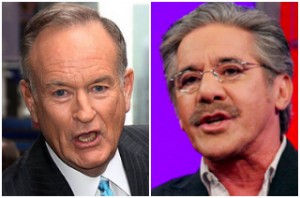 Bill O’Reilly continued to conduct his own, personal conversation on race Thursday morning with an appearance on Geraldo Rivera’s radio show. After laying out statistics that show how much more likely you are to be murdered by an African-American than anyone else, O’Reilly said he “doesn’t care” if the black community thinks he’s “stereotyping” them.

O’Reilly said the “big lesson” to take away from the Trayvon Martin case is that “many white people are afraid of black people, particularly young, black men.” That’s what he believes led George Zimmerman to shoot and kill Martin. “Zimmerman was afraid of Martin,” O’Reilly explained. “And he saw a guy who he didn’t know, dressed a certain way, and he was immediately suspicious of him… and then things got out of control.”

“I don’t want white people to be suspicious of young black men,” O’Reilly continued. “But the fact is that black Americans commit homicides at a rate 10 times greater, in the United States, than whites and Hispanics combined.” He said “until you address those kinds of statistics… you’re always going to have fear, and you’ll always have mistrust, and that’s the lesson.”

Rivera predicted that black people would hear what O’Reilly is saying and “feel like you’re stereotyping them.”

“I don’t care,” O’Reilly said flatly. “I’m dealing with reality. I’m interested in helping the most vulnerable Americans, and those are young, black Americans born into poverty.” But, he said, “all I can do–I’m like Paul Revere. I can tell you what’s happening, I can tell you why it’s happening. But the African-American community, when it comes down to it, is going to have to do it themselves. Because they’re not going to get any help from the white power structure. And they’re being sold out by the so-called civil rights industry.”