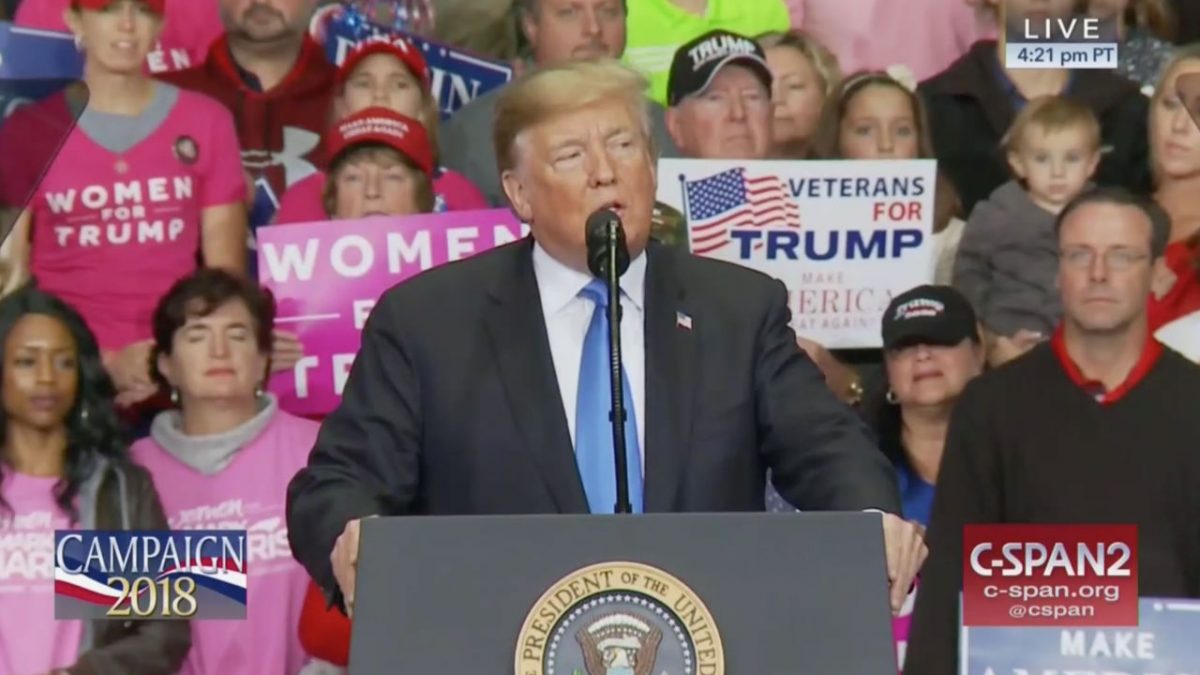 President Donald Trump is doubling down on defiance in the face of critics who suggested he tone down his anti-media rhetoric after a man sent pipe bombs to prominent Democrats and the CNN headquarters in New York.

On Saturday, Trump tweeted out a story from right-wing website Breitbart — “Donald Trump Thunders at Media for Trying to Smear His Supporters after Bomb Scares” — that detailed his attacks on the media at a rally Friday night.

Per the Breitbart story Trump linked to:

Trump condemned political violence and called for an end to the politics of personal destruction, especially from the media.

“Political violence must never ever be allowed in America and I’ll do everything in my power to stop it,” he said. “The media has a major role to play, whether they want to or not.”

The president paused as his supporters continued to chant “CNN SUCKS!”

“They have a major role to play as far as tone, as far as everything,” Trump said. “The media’s constant unfair coverage, deep hostility, and negative attacks only serve to drive people apart and to undermine healthy debate.”

The man suspected of sending the pipe bombs to the president’s critics was arrested on Friday. He appears to be a fanatical supporter of Trump, and his white van was plastered with decals of the president — as well as one saying “CNN SUCKS.”

Trump Thunders at Media for Smearing His Supporters after Bomb Scares https://t.co/Ggdhs9reY3 via @BreitbartNews