Fox News’ Tucker Carlson tonight covered the big news of Jeff Bezos accusing the National Enquirer of extortion and blackmail concerning new sexts, but he mostly mocked the positive media coverage for Bezos amid all this.

Correspondent Trace Gallagher recapped all the latest developments from Bezos going public with the accusation, including the response from the Enquirer‘s parent company insisting they believe they “acted lawfully.”

After Gallagher’s report, Carlson said, “So a lot of confusing parts about this story, but one thing that is crystal clear is where the media stands. Journalists love Jeff Bezos. Now, some of them literally work for him at his personal PR operation/lobbying shop––it’s called The Washington Post.”

The media loves Bezos, he argued, because “he’s rich” and they suck up to power.

He ran a montage of how Bezos is being praised for his response to alleged extortion and blackmail, including MSNBC’s Stephanie Ruhle saying, “A source close to Bezos told me last night, ‘Do not poke this Bezos bear.'”

And then Carlson showed off this graphic: 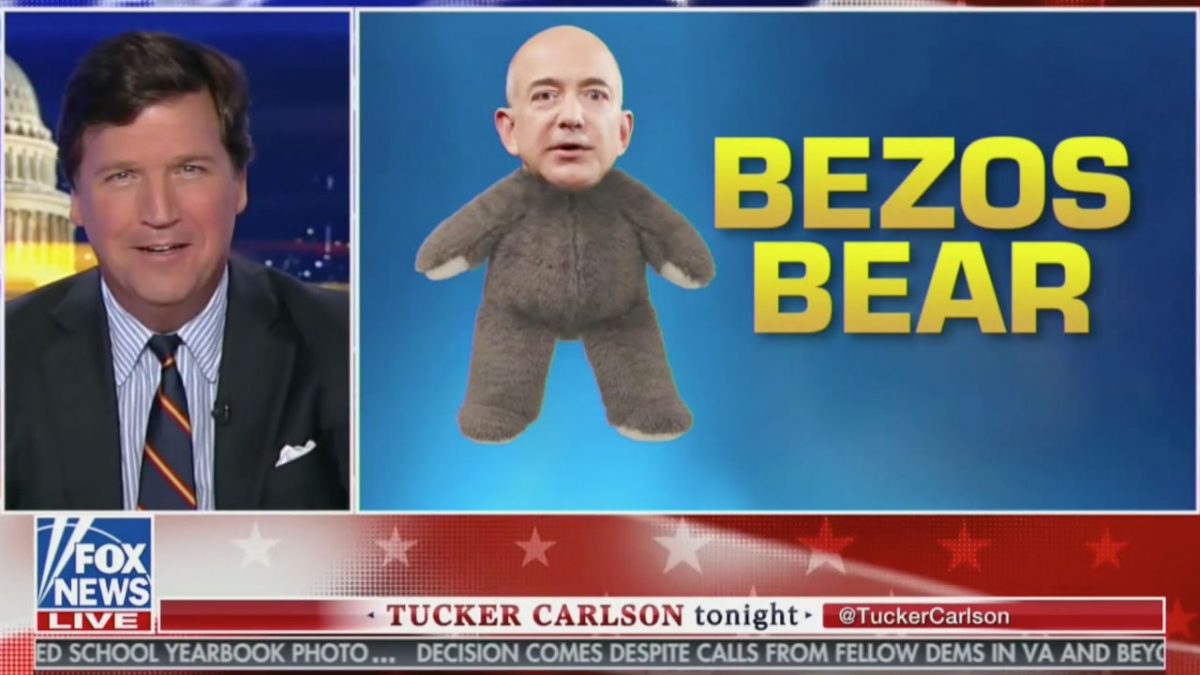 “Oh, he’s a bear now!” Carlson mockingly declared. “Not a dorky accounting major with an entirely predictable midlife crisis and a sad but obvious steroid problem. No, he’s a powerful masculine bear! A grizzly! Don’t mess with Jeff Bezos! GROWL!”