What Really Happened With The Fox News Obama Applause Audio

What Really Happened With The Fox News Obama Applause Audio 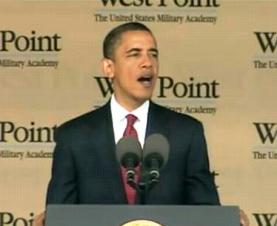 It all started with Michael Moore (as it often does).

The filmmaker tweeted about Fox News ‘altering’ a video to make it look like nobody was applauding for Pres. Barack Obama. But it’s not true.

Fox News posted a clip from Pres. Obama’s speech at West Point, and when comparing it to the White House video, the audience applause appears to be missing. Some sites like The Huffington Post joined Moore in jumping to the audio conclusion, but it sounded fishy – conspiracy theories aside, why would Fox News intentionally take out applause?

Fox News explained to Mediaite what happened today (Spud over at InsideCableNews had it pretty much right on). The video editor took two clips that were meant for television individually and they included padding at the end of each. The video producer used the clips to create a segment for the web. Just like the padding in the middle, there’s more space at the end of the clip that actually includes Obama continuing to speak without any sound.

Again, it would be far more trouble than its worth for Fox News to intentionally edit a video to make the President look bad. They have far more creative TV personalities to do that without altering any audio. Plus, the speech aired in full, with applause and all, live over the weekend. And when the network has come under fire for technical mishaps, they own up to it.

Some, like Moore, would hope Fox News altered the audio – it would fit into their narrative. But in this case, the audio issue was clearly unintentional.