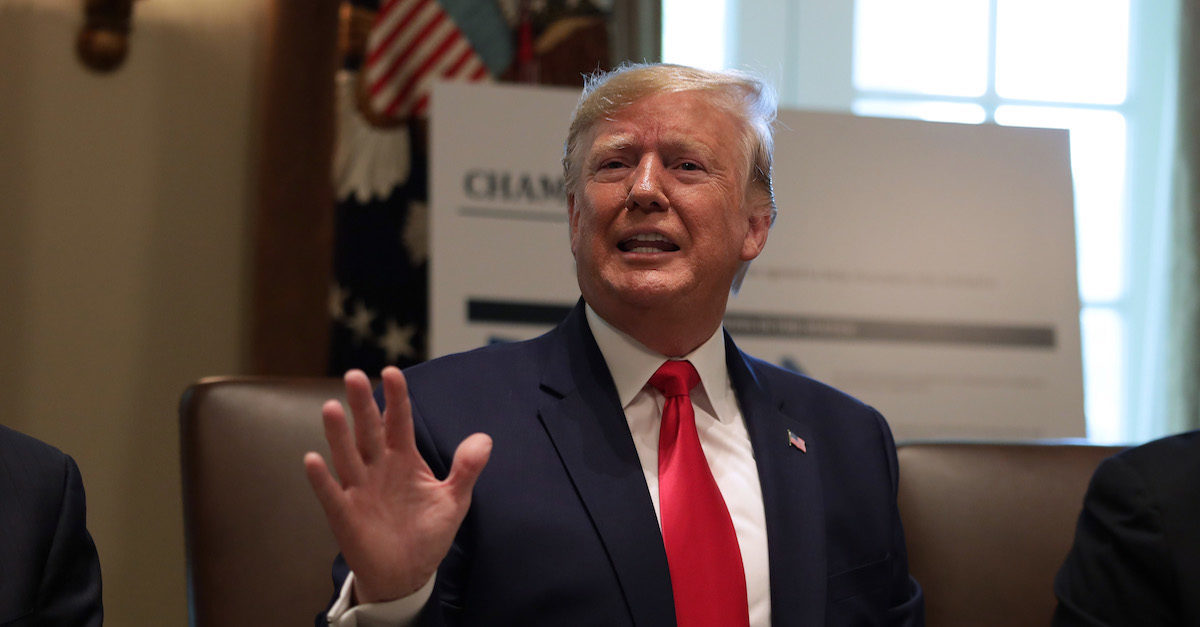 President Donald Trump lashed out at 16-year-old Greta Thunberg on Thursday morning, a day after the Swedish climate activist was named Time magazine’s person of the year.

Thunberg became an international person of interest this year when she sailed across the Atlantic Ocean to warn about climate change in a speech to the United Nations. The speech had a bombastic reception as Thunberg warned the U.N. that their member nations aren’t doing enough to protect the environment and that future generations “will never forgive you” if failure to act eventually leads to a calamitous global climate shift.

Trump, who has long taken a far more skeptical approach to climate change, quote-tweeted a congratulatory message to Thunberg from actress Roma Downey (who is likely very surprised to have found herself included in this tete-a-tete). The president called Thunberg’s honor “so ridiculous”, and said the teen has an “Anger Management problem.”

So ridiculous. Greta must work on her Anger Management problem, then go to a good old fashioned movie with a friend! Chill Greta, Chill! https://t.co/M8ZtS8okzE

Thunberg has been a harsh critic of political leaders who she feels have long ignored climate science in a most irresponsible manner, and made headlines at the UN press conference in which she called older generations out for grave irresponsibility. “How dare you?” she glowered, which  has become a meme used on both sides of the political aisle.