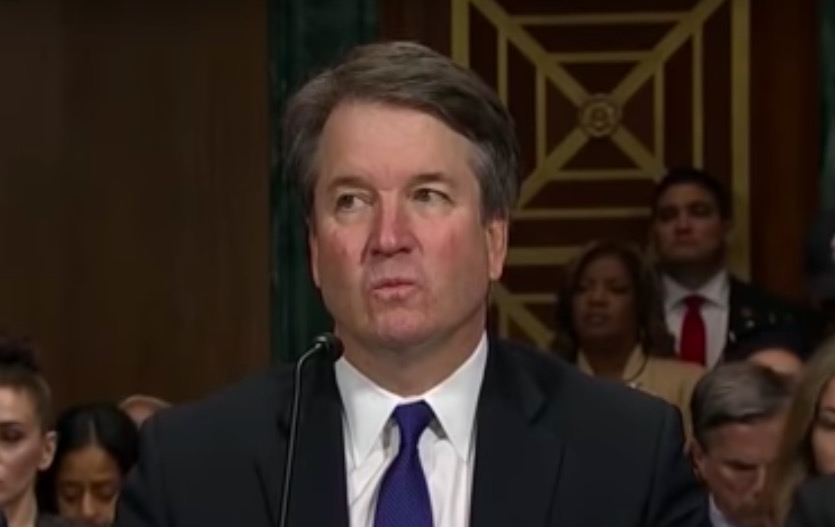 UPDATE: Kavanaugh’s high school friends sent a letter to the Senate Judiciary Committee claiming the phrase “Devil’s Triangle” is a reference to a drinking game.

As critics of Brett Kavanaugh appear to move the goalposts in their quest to kill his Supreme Court nomination, much of the focus of their wrath has subtly, but significantly shifted. Perhaps because they lack confidence that the FBI will find anything to verify the flimsy sexual abuse claims against him, they have largely moved on to issues related to his drinking as a student, and whether he lied under oath during his testimony last week.

At first, the charges of “perjury” were are least about theoretically significant matters like his knowledge of the Deborah Ramirez allegation in relation to the journalistically-awful Ronan Farrow piece in The New Yorker. Except that accusation, fueled by extremely biased media coverage, dramatically fell apart the moment people actually read the whole question to which he was responding (“matching the description of Ms. Ramirez in The New Yorker”) rather than only what they wish he had been asked.

In a truly bizarre indication of how we have all lost our collective minds during this exhausting process, much of the attention regarding Kavanaugh’s alleged lying under oath, even among some very serious people, has been fixated on inscriptions in the highly satirical Georgetown Prep high school yearbook. One day, historians — should they still exist in future — surely will look back on this utterly insane fact alone and collectively utter, “WTF?!”

Kavanaugh critics don’t just think he lied about this, they are absolutely, morally positive about it. However, when I ask them on what they are basing such certainly about something that was written by a high school student during Ronald Reagan’s first term in office, I inevitably get little more than, “come on, it’s so obvious!”

Last night, CNN used one of Kavanaugh’s college roommates (a liberal who appears to be enjoying his 15 minutes of fame) to make the same case. However, how someone who didn’t even know him at Georgetown Prep could possibly be privy to such information remains a mystery.

It is certainly possible that Kavanaugh lied about the real meaning of “Devil’s Triangle.” If two conservative friends of Kavanaugh’s from Georgetown Prep credibly came forward to say that he did so, that would be enough for me to be convinced. Given the incredibly thin ice he is already on, it might even be a disqualifying revelation (and yes, the dumbest one in recorded history).

However, based on the current factual record, I am quite sure that there is not enough evidence to say that he lied. Frankly, what you have to believe to conclude that he did is rather nonsensical.

First, this is a guy who was, by all accounts, like most boys his age at single-gender Catholic prep schools in the 1980s, a virgin (if he is lying about that I am very confident we would have heard about that by now). Why would he have a term prominent enough to make it into his yearbook bio for something in which he clearly never engaged?! (As a “virgin” product of an all-boys Catholic prep school in the northeast at exactly the same time period, I can assure you that the chances of Kavanaugh taking part in a sexual threesome were less than the likelihood him convincing Dianne Feinstein to vote for his confirmation!)

But this scenario not only requires Kavanaugh deciding to place a reference to a sex act he never experienced in his yearbook bio, it also mandates him having to be totally prepared with a false answer (“It’s a quarters drinking game with three shot glasses”) which was perfectly plausible. I find it impossible to believe that in the midst of the massive firestorm Kavanaugh was enduring in preparation for biggest moment of his life that somehow he had the time and wherewithal to make sure he had a really good answer in case he got asked about all of his weird high school yearbook inscriptions.

Not only that, but he also would have to make the horrendously bad calculation that, in this hyper-charged environment, none of his high school pals would decide to tell the truth about this and instantly become a hero to the liberal world. So far, at least to my knowledge, that has not yet happened, which, in a case this high-profile, is often as probative and exculpatory as when something actually does occur.

As a “nerd” whose high school experience was extremely similar to that of Kavanaugh’s, and who went to Georgetown University with many guys from his era at Georgetown Prep, let me help out the media as they rummage through his high school yearbook searching for the magic formula with which to finally destroy him. Preppy boys in the early 1980’s…