Marco Rubio’s Latest Attacks on Trump are Crude, Beyond the Pale, and Absolutely Genius
Opinion

Marco Rubio’s Latest Attacks on Trump are Crude, Beyond the Pale, and Absolutely Genius 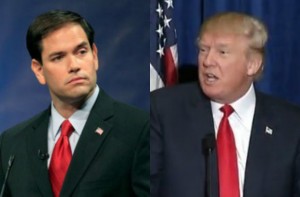 Marco Rubio employed an unusually colorful campaign line against Donald Trump Sunday, attacking him for his short, stubby fingers and implying he had a small penis. Yes, seriously.

The fingers gibe came after Rubio spent the previous days attacking Trump for his spray tan, for being too sweaty, and for his atrocious spelling, and after he implied that Trump peed his pants during Thursday’s debate. Rubio has clearly turned to a new strategy ahead of Super Tuesday, attacking Trump with gusto and being unafraid to go for the low blows and easy laughs. It’s a crude, over the top strategy that’s earned him scorn from pundits. It’s also ingenious.

There is only one way to defeat Donald Trump and that’s to make it a one-on-one race. So long as Rubio and Ted Cruz are both in race, Trump wins, period. Rubio has a shot at the nomination if he forces Cruz out of the race as quickly as possible, while Cruz doesn’t really have a shot at the nomination at all. That leaves Rubio with one path to victory: elbowing Cruz out of the conversation entirely.

Rubio didn’t just attack Trump, he attacked him in ways that guaranteed Trump would respond to him and him alone. And it worked: immediately after mocking Trump as a sweaty, weakling conman, Trump devoted an entire speech to attacking Rubio. For the past three days, voters have heard about Rubio’s attacks on Trump, Trump’s attacks on Rubio, Rubio’s counterattacks, Trump’s counterattacks… and jack squat about Ted Cruz.

To be sure, Cruz had his own attacks against Trump, implying that he was connected to the mob on Sunday. But Rubio did his research: Trump is very, very sensitive about the size of his fingers. Even though one is (barely) substantive and the other is not, you can guess which one Trump is going to respond to. From the debate to the Super Tuesday, the entire Republican race has been framed in the media as essentially a contest between two candidates… and that could spell disaster for Cruz.

This also gets to my second point, which is that Rubio needs media attention and he needs it fast if he wants to gain traction. The fact that he had to resort to crudity to do so ought not to be seen as an indictment of his campaign, but of just how lowbrow and circus-like media coverage of the 2016 race has become.

As 538’s Nate Silver pointed out this morning, in the entire month of January, Rubio received only three above-the-fold front page headlines in The New York Times. The important topics in question were:

This isn’t a tabloid we’re talking about, this is the national paper of record. Rubio ran a serious, thought-out, and principled campaign for nearly a year. It’s the media who decided to forgo coverage of the serious in favor of coverage of the stupid and inane.

Rubio’s advisors have said as much themselves, saying they wouldn’t be playing on Trump’s level if the media didn’t make it a prerequisite for coverage.

“We came to the conclusion that if being a part of the circus is the price you have to pay in order for us to ultimately be able to talk about substantive policy, then that’s what we’re going to do,” said Todd Harris, a senior Rubio adviser.

Harris noted that Rubio’s speeches were now being carried live on television. And if the price of admission, he added, was talking about “how Trump is a con man, with a bad spray tan” so be it.

All of which is a fancy way of saying; don’t hate the player, hate the game. Rubio’s options were to rattle off some sick burns or cede the nomination entirely. That he was forced to make that choice at all was entirely out of his hands and entirely in the hands of the journalists who are now tut-tutting his attacks.

And it’s worked spectacularly. Today, CNN cut away from a Trump rally to cover a Rubio rally that he hadn’t even showed up to yet. Take it from those of us whose job it is to monitor the media; it’s hard to overstate what a massive shift that is.

Lastly, Rubio has one last task before he can win the nomination, and that’s to peel off at least some of Trump’s supporters. Every other candidate has tried and failed, but Rubio may have hit upon the winning combination of personal and serious political attacks.

Let me ask this: does anyone still think that voters who support a man who refuses to condemn the KKK on national television, wants to ban all Muslims from the United States, mocks Holy Communion, has a long history of ugly sexist remarks, mocks the disabled and POWs, praises Putin and communist China, shops around every conspiracy theory from birtherism to 9/11 Trutherism, threatens to punch protesters and cheers attacks on journalists, and calls Mexicans rapists and murderers will peel off once you point out that he’s mean or his policies are silly?

Is that really still the strategy people are pushing? That was Jeb Bush‘s strategy when he took on Trump head-on, only to see his polling numbers evaporate as a result. To paraphrase Ser Jorah Mormount: Bush fought valiantly, Bush fought nobly, Bush fought honorably. And Bush lost. Please clap.

The reason that attack failed was because voters aren’t attracted to Trump because of his policies, his electability, or for any of the reasons that  most people choose a candidate. They’re attracted to him because he speaks his mind, he’s not “politically correct,” and he’s a winner. When he’s attacked for saying politically incorrect things by a “loser” like Bush, they just didn’t care.

But here’s Rubio, coming off a debate where he– let’s be honest– absolutely obliterated Trump. The next morning he crows about his victory, laughs at how sweaty and nervous Trump was, and reads off and mocks his second-grade spelling. Rubio exudes all the bravado and confidence that drew voters to Trump in the first place, all while raising serious questions about Trump’s hiring of illegal immigrants, defrauding of Trump University students, and complete lack of serious proposals.

Trump’s response Friday was to attack Rubio by saying he suffered a meltdown and was incredibly sweaty during the debate… aka the exact same lines Rubio had just thrown at him. This is how he looked while doing so. 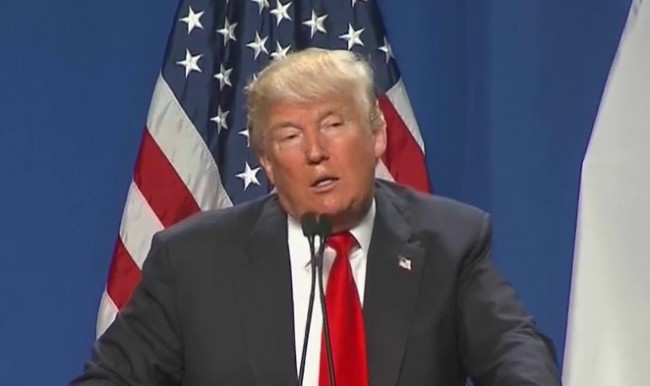 In a presidential contest where “low-energy” is an charge that can torpedo a campaign, Rubio came off looking like the brash, confident winner and Trump looked like the loser. What’s worse, Trump focused only on the personal insults and left Rubio’s substantive policy attacks completely unanswered.

How badly is Trump shaken? He’s already publicly signaling that he may not participate in the remainder of the presidential debates, calling them “a waste of time.” Conservative insiders are also hearing whispers that Trump will use his Super Tuesday victories as an excuse to skip the last Republican debates. If true, this would be a massive coup for Rubio, allowing him to plausibly (and accurately) paint Trump as a sore loser who knows he’ll be spanked again if he steps in the ring again, and turning Thursday’s Fox debate into The Marco Rubio Show, with guest appearances by the floundering second-tier candidates.