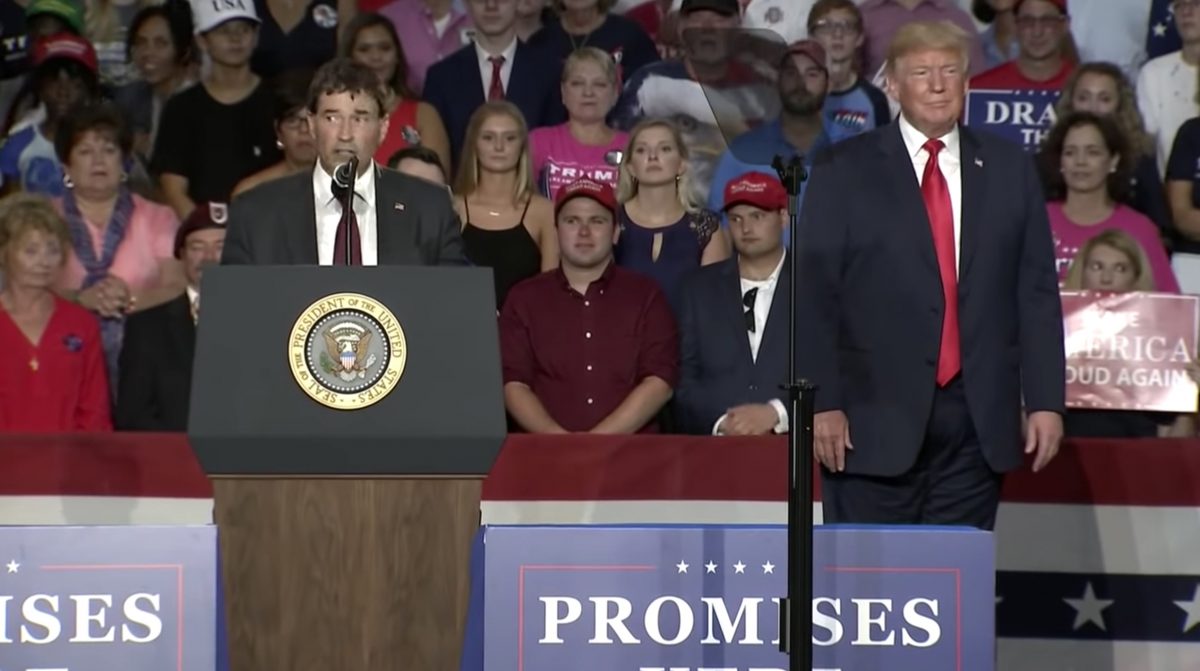 We have all become, possibly by design, dangerously desensitized to the nearly daily — sometimes hourly — insanity that is President Donald Trump’s Twitter feed. Consequently, Trump’s tweet late last night taking credit for Republicans very narrowly winning a congressional special election in one of the most conservative districts in Ohio, probably won’t rate very high on the media’s scale of Trump lunacy.

When I decided to go to Ohio for Troy Balderson, he was down in early voting 64 to 36. That was not good. After my speech on Saturday night, there was a big turn for the better. Now Troy wins a great victory during a very tough time of the year for voting. He will win BIG in Nov.

Let’s forget for a moment that it would be beneath any other modern president to so overtly pat himself on the back for personally causing any sort of special election victory. Most of us know that Trump’s ego and pathological need for affirmation are as legendary as they are unhealthy, so that part of this is already, sadly, baked into the cake of our communal perception of everything that he does.

The really galling part is that what Trump said is completely inaccurate and very easily refuted.

Trump tweeted that, before he decided to swoop in and save the day, that Republican Troy Balderson was in big trouble, trailing Democrat Danny O’Connor in early voting 64-36. The clear implication here is that before Trump traveled to the district and gave a speech a few days before the election that Balderson was toast and that he was subsequently saved by the Trump “magic.”

Just in case anyone was still in doubt about what he meant, Trump added that “there was a big turn for the better” after his visit, strongly implying that he single-handedly won the election for Balderson. But this interpretation of events, which Trump’s “Cult 45” surely lapped up, is utterly laughable.

First, as everyone who has followed the race knows, the 12th district is very solidly Republican. Victory for the GOP there should not even be in question when they have a good candidate, as Balderson is, especially in a non-presidential election event when Democratic turnout is traditionally way down.

Secondly, contrary to what he suggested, Trump had absolutely no idea that early voting had Bladerson losing by a significant margin, as that was not known until last night (clearly Trump was very agitated when he saw that figure, fearful that he had been led into an ambush). Also, that early voting margin was exactly as voting experts had predicted and had nothing to do with who was really winning the race, but rather with the different voting habits of Republicans and Democrats.

Thirdly, there was only one public poll of this race just before Trump started directly injecting himself into it. That poll had Balderson up by one point. The only other known poll of the contest was conducted just as Trump was making it clear he was making it a priority — and that one gave O’Conner the exact same razor-thin margin.

Since Balderson ended up winning by less than one percent of the vote (less than the amount of votes the token Green Party candidate received), it is impossible to say, at least with a straight face, that Trump won the election for Balderson. This is especially true since turnout, while very high for a special election (contradicting yet another portion of Trump’s tweet), was actually slightly lower than some expected.

In short, Trump claiming he saved Republicans from looming defeat in Ohio’s 12th district is like if embattled Ohio State football coach Urban Meyer were to do the same — assuming he is even still their coach — after the Buckeyes were to beat lowly Oregon State in overtime in their home opener this season. Of course Meyer would never dream of doing such a thing and, if he somehow did so, he would probably get fired.

As for what these results really mean, that is still very much an open question that now will not be answered for another three months. The Democratic Party’s hope of a “blue wave” election was neither validated, nor was it completely dashed. I continue to believe that if Nancy Pelosi were to make it clear that she would not be the new Speaker of the House should Democrats win a congressional majority that they would be a total lock to do so.

Barring that unlikely development, it sure looks like the national results in November are going to be as close as August’s special election was in Ohio.