Trump Calls on NYT to Release Their Sources on Russia Report 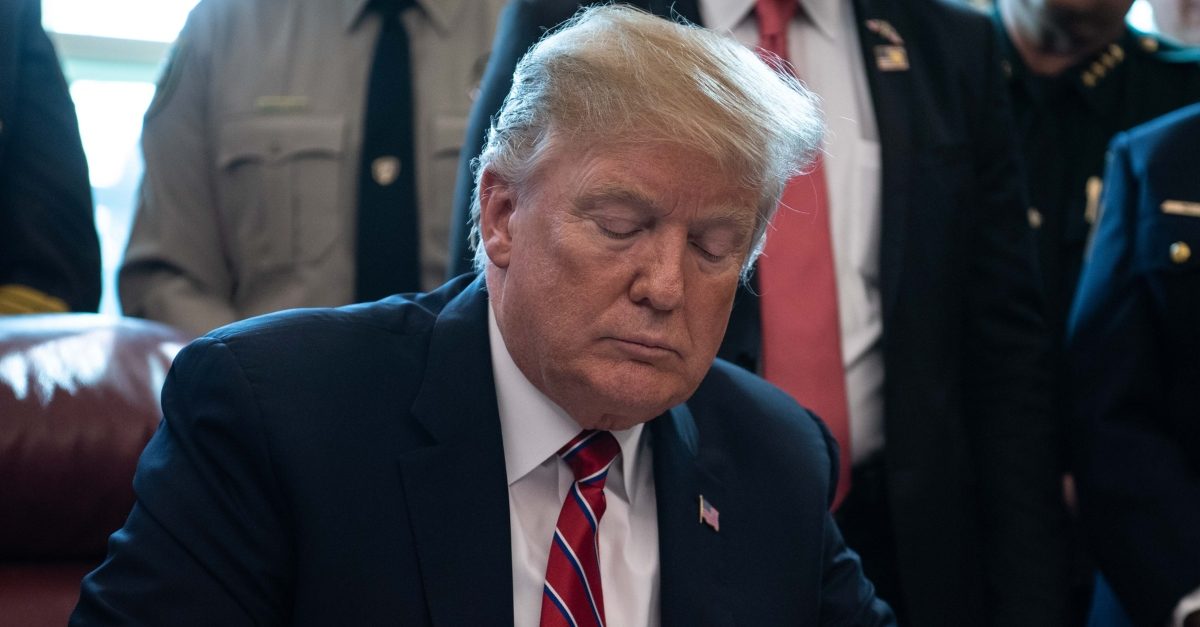 President Donald Trump doubled down on his criticism of the New York Times for its recent story about a purported US cyber attack on Russia’s power grid, claiming it was not only “fake news” but also calling on the newspaper to “release their sources.”

The story has raised alarms in Washington — and embarrassed the White House — not just because of its revelations about a secret American cyber attack on a major geopolitical foe, but because the Times also reported that Pentagon officials intentionally kept Trump in the dark about the operation for fear he would countermand or possibly leak news of it to foreign officials.

The story in the @nytimes about the U.S. escalating attacks on Russia’s power grid is Fake News, and the Failing New York Times knows it. They should immediately release their sources which, if they exist at all, which I doubt, are phony. Times must be held fully accountable!

Trump’s latest comments come just days after he lobbed the incendiary charges of “treason” and “corrupt” at the Times when the story first broke on Saturday.

Do you believe that the Failing New York Times just did a story stating that the United States is substantially increasing Cyber Attacks on Russia. This is a virtual act of Treason by a once great paper so desperate for a story, any story, even if bad for our Country…..

…..ALSO, NOT TRUE! Anything goes with our Corrupt News Media today. They will do, or say, whatever it takes, with not even the slightest thought of consequence! These are true cowards and without doubt, THE ENEMY OF THE PEOPLE!

Even more bizarre, just last month, Trump strongly hinted that he had green-lighted a cyberattack on Russia around the time of the 2018 midterm elections, the same period as the operation that the Times detailed on that country’s power grid.