What Do Polls Say Today? Presidential Race Biden vs Trump 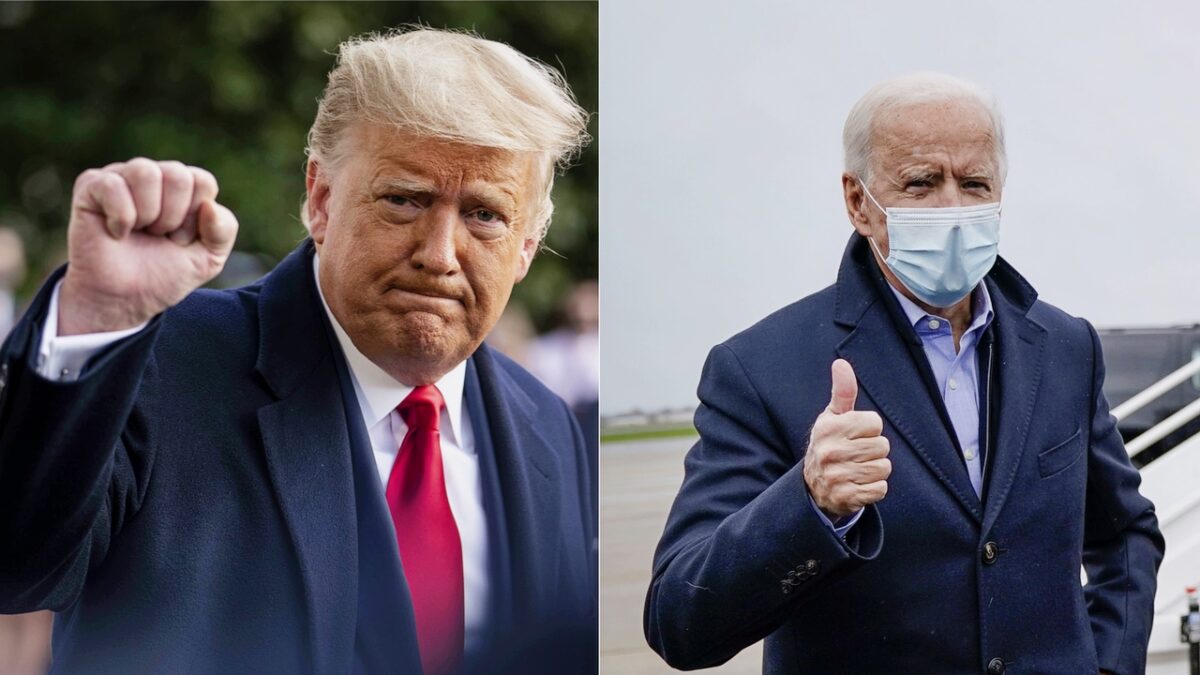 As of this writing, the RCP average and the FiveThirtyEight average  are a wash, with Biden ticking up a tenth of a point in RCP’s and 538’s narrowing by the same microscopic amount since yesterday’s update.

If you’re desperate to read something into the new national polls out Friday, it’s that they pretty much all show either Biden with leads that are within a few points of the national averages, or with huge outlier leads in a handful of one-off polls.

Biden retains his lead in most of the “Top Battleground” states that RCP tracks: Pennsylvania, Michigan, Wisconsin, North Carolina, and Florida, but Arizona moved to a tie since yesterday.

Michigan narrowed by almost two points, while North Carolina ticked half a point in Biden’s direction. 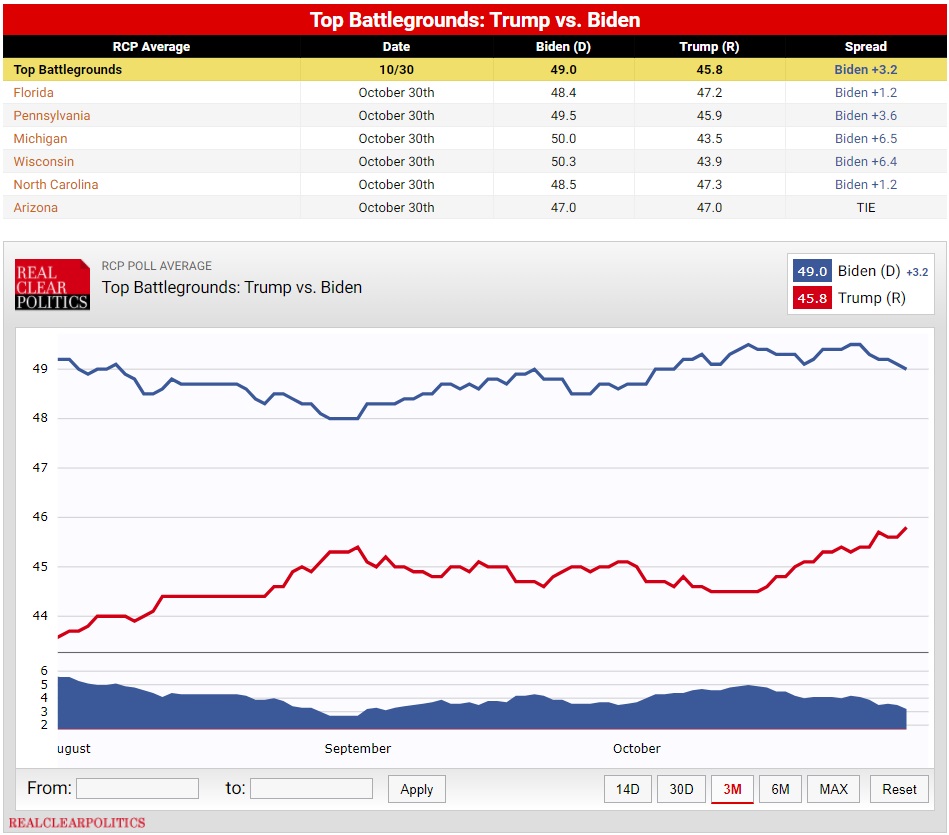 Assessing states using polling averages is dicey on a good day, with the variations in pollster quality and the potential for error based on generally smaller sample sizes and mixed methodologies. This late in the race, those flaws are magnified by a flood of polls and the trailing polls in the average, which can blunt emerging trends.

Many of those same flaws extend to individual polls, but if you want to bite your lip and read into them, here you go:

A pair of polls from “B”rated pollsters show Biden with small-to-significant leads in all-important Florida. Democratic-leaning firm PPP has him up 7, while YouGov has him up two. But one poll from a “D”rated firm has Trump winning by four.

Biden is up 6 in North Carolina in the “A” rated Marist poll, while Trump leads by one in the “C+” rated Rasmussen poll, and two points in an unrated CardinalGPS poll.

Things look a little better in Biden’s other stretch state, Georgia, where RCP has him up .4 points, and 538 gives him a 1.7-point edge over Trump in the Peach State.

RCP’s forecast now shows Democrats with a shot at 54 seats, while FiveThirtyEight has them with a chance at landing on a 56-44 majority — one more seat since our last update. Democrats’ chances of winning control of the Senate is unchanged as well, at 77 percent. 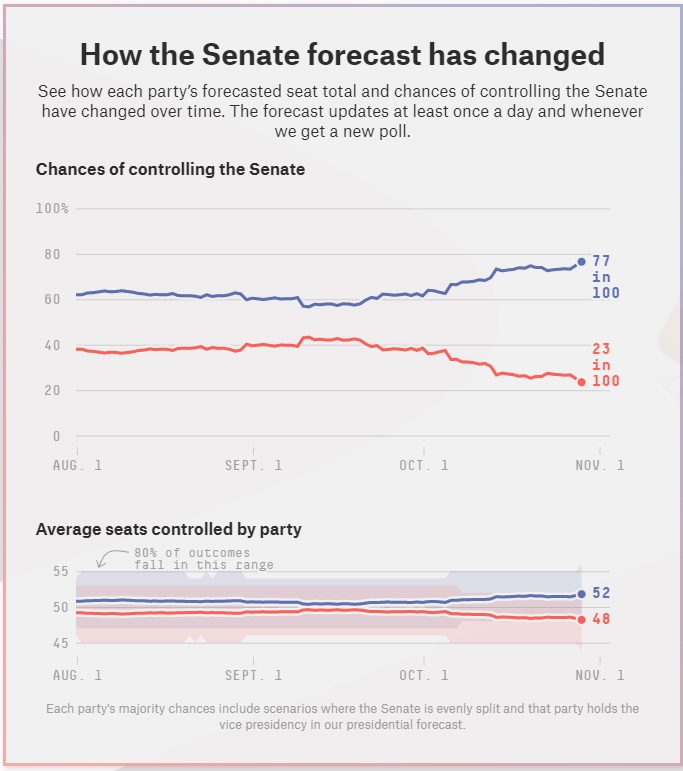 The Good News for Biden

The slow erosion of Biden’s national lead in the averages has stopped, and he’s still looking good in the must-win states — and not too shabby in the stretch states. And he’s hitting the trail with former President Barack Obama this weekend, which will be a potent reminder for those who flipped the Rust Belt for Trump last time.

The Good News for Trump

The numbers speak for themselves — things could be a lot worse for Trump nationally but for his rock-solid base, and he’s still hanging in there in the states. Tying Biden in Arizona is positive.

But the biggest piece of good news for Trump is that nobody knows nothin’. Biden has managed to avoid a Comey letter-style disaster thus far, but the unknowns this time around are tough to measure with polls. Nobody knows what kind of funny bounces the race could take with the mind-blowing turnout that’s expected, and is already in evidence.

There’s also the potential impact of the pandemic on Election Day turnout, and the Supreme Court’s impact on the counting of votes to consider.

Much of that uncertainty cuts both ways, but with the polling in Biden’s favor, it’s a psychological advantage for Trump, at the very least.