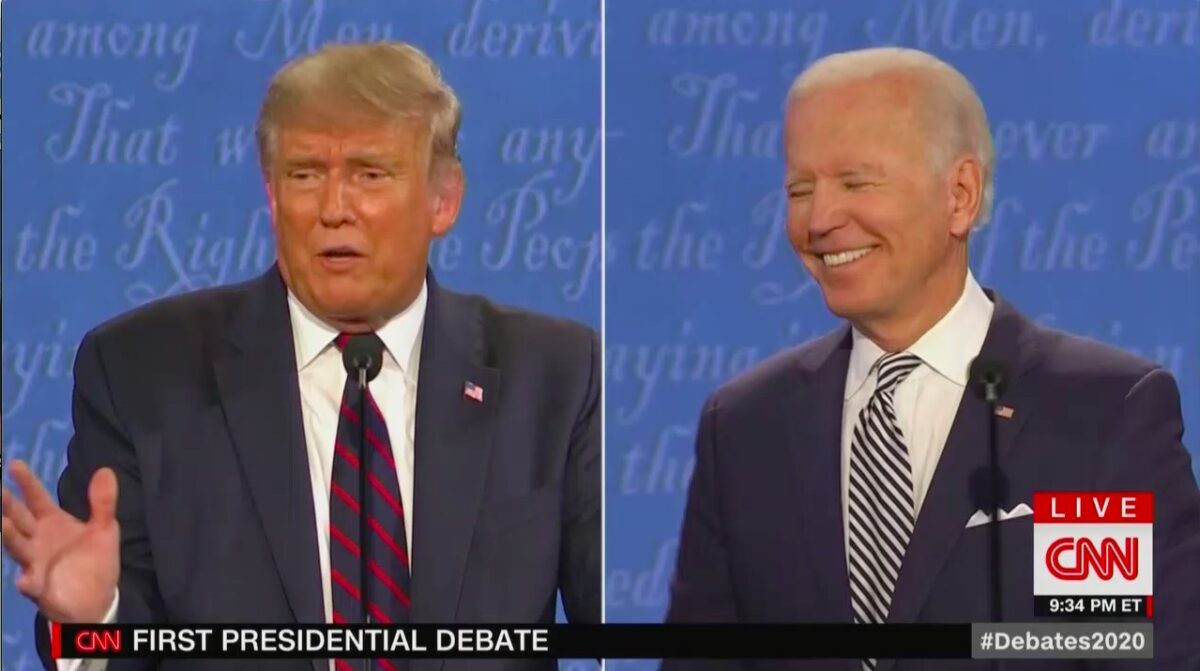 After a chaotic, at-times completely incoherent debate where the president constantly and unabashedly interrupted not just Biden but moderator Chris Wallace, debate watchers gave the win to Biden by seven percentage points, 48% – 41%, with 10% calling the event a tie.

Though Biden won according to a plurality of debate watchers, they also offered an overwhelming verdict on the tone of the event, which was marked by incessant insults and heckling from the president.

Eight in 10 voters who watched tonight called the tone of the debate negative. pic.twitter.com/zvFnn5QmZy

And that negative tone did not sit well with those surveyed, who by more than a two-to-one margin said the debate made them feel “annoyed.” Only one in six — 17% — said they felt “informed” after the first of three presidential debates.

How did the debate make voters who watched feel?
Far more felt annoyed than informed. pic.twitter.com/eJHiTS9oCT