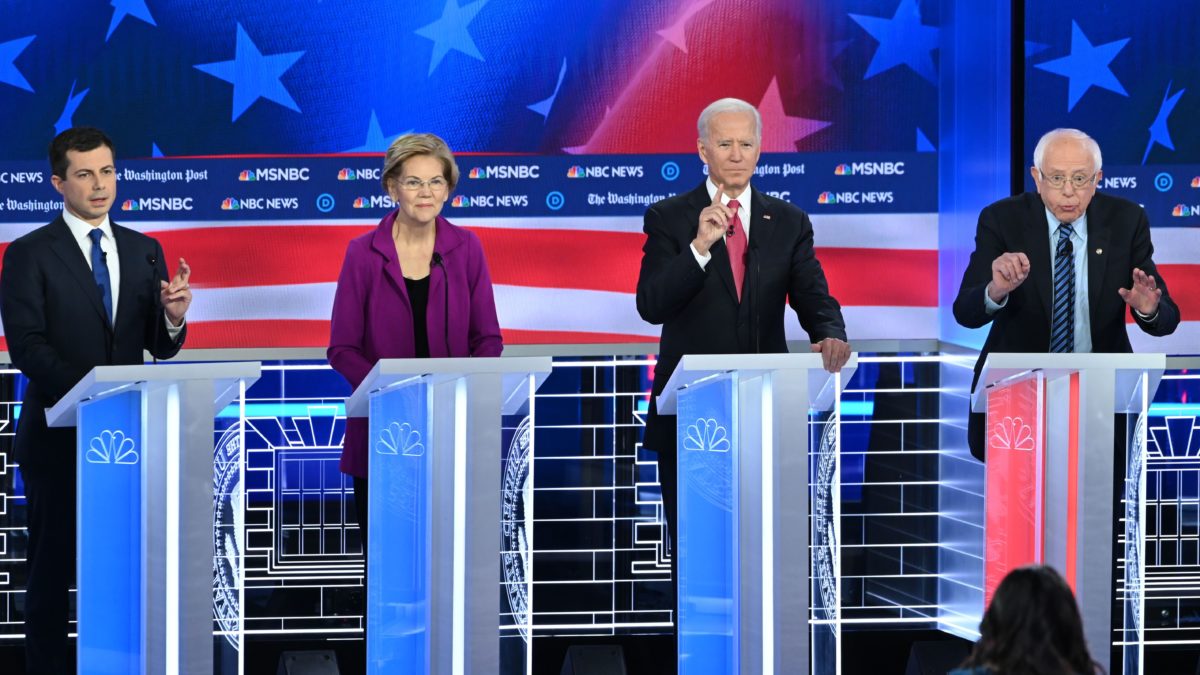 With the 2020 Democratic presidential primary heating up, there’s a new report today about Bernie Sanders allegedly telling Elizabeth Warren in a private meeting a woman couldn’t win the election that is currently lighting up social media.

I don’t think Sanders is necessarily sexist or racist, I do think his conception of ‘identity politics’ makes him resistant to or outright hostile towards the significance of women, black and brown folks running for office if they don’t share his politics https://t.co/bbkiPh2Ebo

if one of the people familiar with the meeting was @ewarren , then GOOD for her. Enough of this. cc: @Mimirocah1

The CNN report, however, has been met with a fair amount of skepticism thus far:

This last-ditch attempt from Warren’s camp to use the cheapest, stalest narratives to smear Bernie as a sexist is fucking pathetic https://t.co/LDxJRPpsxY

…according to anonymous sources who weren’t even there!

after a few disingenuous news cycles (disproportionate backlash over dancing ribbing, feigned shock over Sanders’ canvassing rap sheet,) this smacks of a coordinated victimhood narrative from the Warren camp https://t.co/3WIdHV2awc

None of the sources were in the meeting.

How can CNN publish this? https://t.co/mS2cDQcFgB

Lightly sourced and denied by Sanders. The liberal media desperately wants these candidates and their campaigns to fight over bullshit.

Before you dig in your heels, ask yourself why that might be. https://t.co/UmDnEObaCP

This is a case in which journalists should demand people go on record or otherwise not run the story. Four sources, none in the room, all anonymous (and I’m willing to wager, all with a certain political motivation). https://t.co/OSFTrl1AG1

This “reporting” + self promotion @cnn is reprehensible. @BernieSanders has categorically denied saying this. So, you @mj_lee should name your sources publicly, retract the story, or change the lede. You do not know what was said. You weren’t there + have no recording. #bias https://t.co/d80uFzOTE7