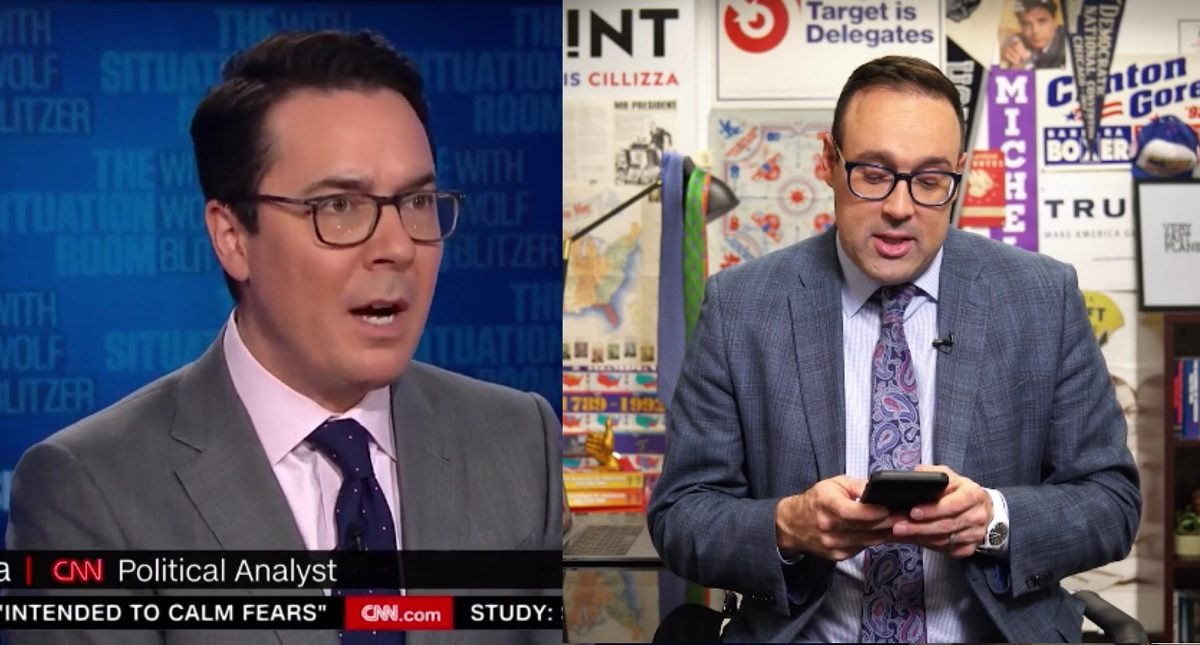 As first quarter fundraising totals for 2020 Democratic presidential candidates came trickling out Monday and Tuesday, CNN’s Cillizza and Lizza got bizza with a pair of nearly-simultaneous tweets making the same point:

The reactions were unkind, to put it mildly:

Times you have had helpful takes on anything = 0

This media sycophancy over Mayor Pete has to be over. The idea his raising 7 million is better than Kamala’s 12 is ridiculous. I’m looking at Cillizza and Lizza.

CORRECTION: $12 million for @KamalaHarris makes Buttigieg’s $7 million look $5 million less.@CillizzaCNN: Both are impressive. But they can be presented without needlessly belittling one to boost the other. https://t.co/2Qm2bWeE3w

[extremely jeff zucker voice] a lot of people hate on cillizza, but let me tell you: easiest salary negotation i ever had https://t.co/EER0GgZUu2

They're gonna keep pushing him no matter what

While both tweets received plenty of negative feedback, Cillizza achieved an impressive 10-to-1 ratio of replies to retweets, known in the industry as a “Half-Cillizza.”

The Izza-twins weren’t alone in praising Buttegieg over Harris’ accomplishment. NBC News’ Jonathan Allen made a similar point, and The Hill declared Mayor Pete the “first winner in the fundraising primary:

Things got interesting when Independent Vermont Senator and Democratic presidential candidate Bernie Sanders’ campaign released their $18 million first-quarter take, and CNN political director David Chalian responded with what could certainly be interpreted as a backhanded swipe at Cillizza and Lizza:

Kamala Harris’ $12 million haul looks stronger in the context of Sanders’ impressive $18.2 million than it did in a vacuum.

Sanders has an additional $14 million on hand that was left over from his Senate campaign, giving him a total war chest of $32 million.

A lot of criticism of the media’s Democratic primary coverage has centered around a “double-standard” in the way women and candidates of color are covered versus white men like Buttegieg and Beto O’Rourke, who has fielded many questions from the press on the subject.