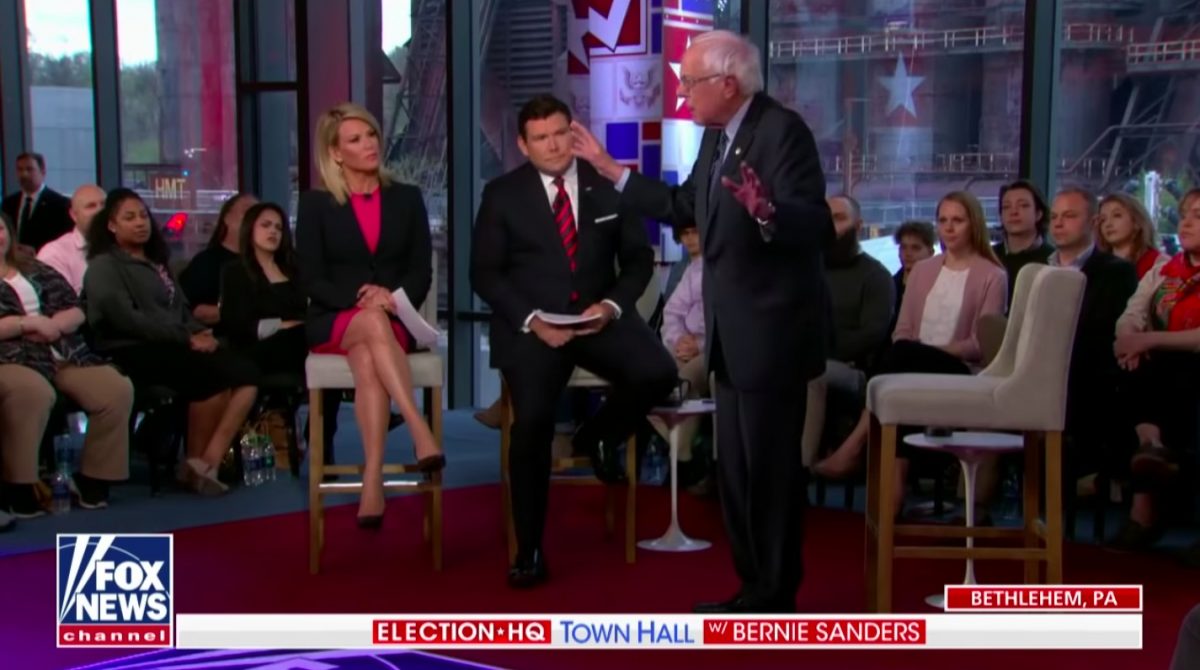 In light of Sen. Bernie Sanders‘ (I-VT) record-setting town hall on Fox News last night, several other Democratic presidential candidates are reportedly angling to hold their own campaign events on the network.

Candidates Mayor Pete Buttigieg, Rep. Eric Swalwell (D-CA), and Rep. Tim Ryan (D-OH) are all interested in or working toward scheduling their own Fox News town hall, per a report from the Daily Beast.

An aide for Buttigieg said that the candidate was actually interested in a Fox News event prior to Sanders’ appearance and is still in talks to hold a town hall.

Swalwell, who frequently appears in contentious interviews on Fox News, is “willing to do a Fox town hall, and we expect to start discussions with the network soon regarding a time and place,” according to a campaign aide — but he has yet to officially begin talks.

Ryan’s comms director Julia Krieger said the Ohio lawmaker is “willing to do a town hall with Fox News” and is “proactively” interested in setting up a town hall on the Murdoch owned network.

Sanders’ town hall on Monday accumulated 2.5 million views in the 6:30 to 7:30 p.m. time slot, blowing past Sen. Kamala Harris‘ (D-CA) 1.9 million viewers on her CNN town hall, which previously held the viewer record for such an event this cycle.

This news comes over a month after the DNC officially announced they will not hold Democratic primary debates on Fox News. DNC Chairman Tom Perez justified the move by calling out the network’s editorial bias toward the president and voicing concern that the candidates may not be”treated fairly,” since “at the highest levels of Fox News they’re not playing it straight.”

“We hope the DNC will reconsider its decision to bar Chris Wallace, Bret Baier and Martha MacCallum, all of whom embody the ultimate journalistic integrity and professionalism, from moderating a Democratic presidential debate,” Sammon said. “They’re the best debate team in the business and they offer candidates an important opportunity to make their case to the largest TV news audience in America, which includes many persuadable voters.”