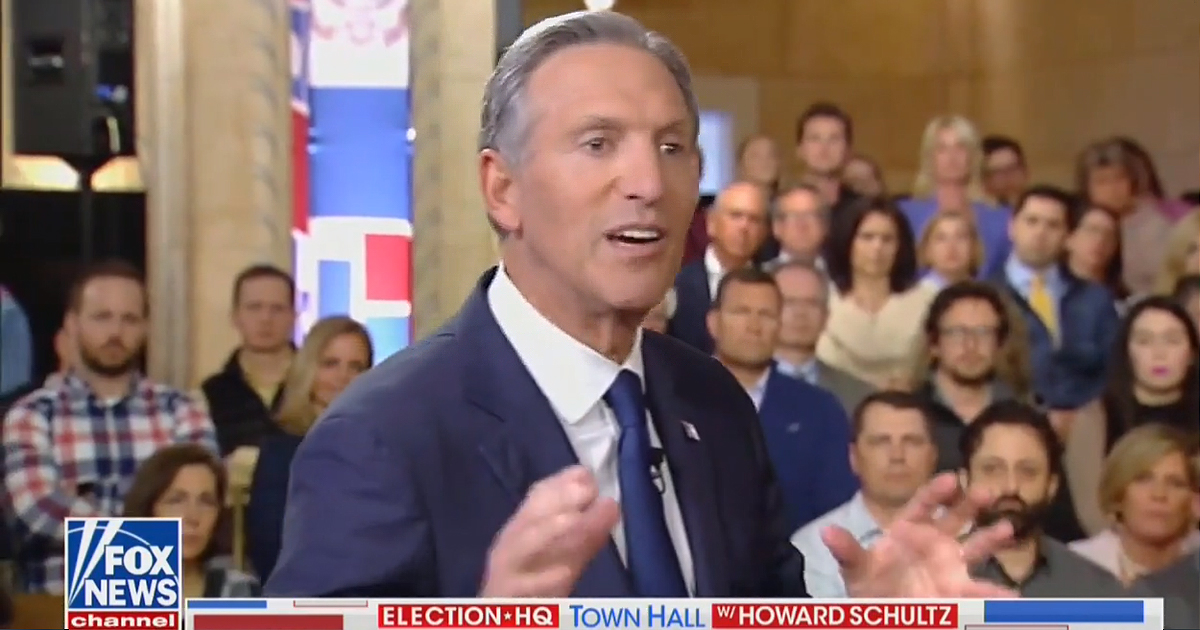 Hey, remember those couple of weeks in January and early February when cable news treated Howard Schultz like he was a thing? Yeah, me neither. Anyway, he’s totally not.

Schultz dropped his never-had-a-prayer 2020 aspiration on Friday morning — citing, among other things, a desire not to siphon votes away from a moderate Democratic opponent of President Donald Trump, and a bad back.

“If I went forward, there is a risk that my name would appear on ballots even if a moderate Democrat wins the nomination, and that is not a risk I am willing to take,” Schultz wrote in a letter posted to his website.

The former Starbucks chief spent weeks making the rounds on cable news trying to promote a book that didn’t make much of a splash, and to dip his toe in the water for 2020. Schultz, after eight months, has seen the light.

“My belief in the need to reform our two-party system has not wavered, but I have concluded that an independent campaign for the White House is not how I can best serve our country at this time,” he wrote.