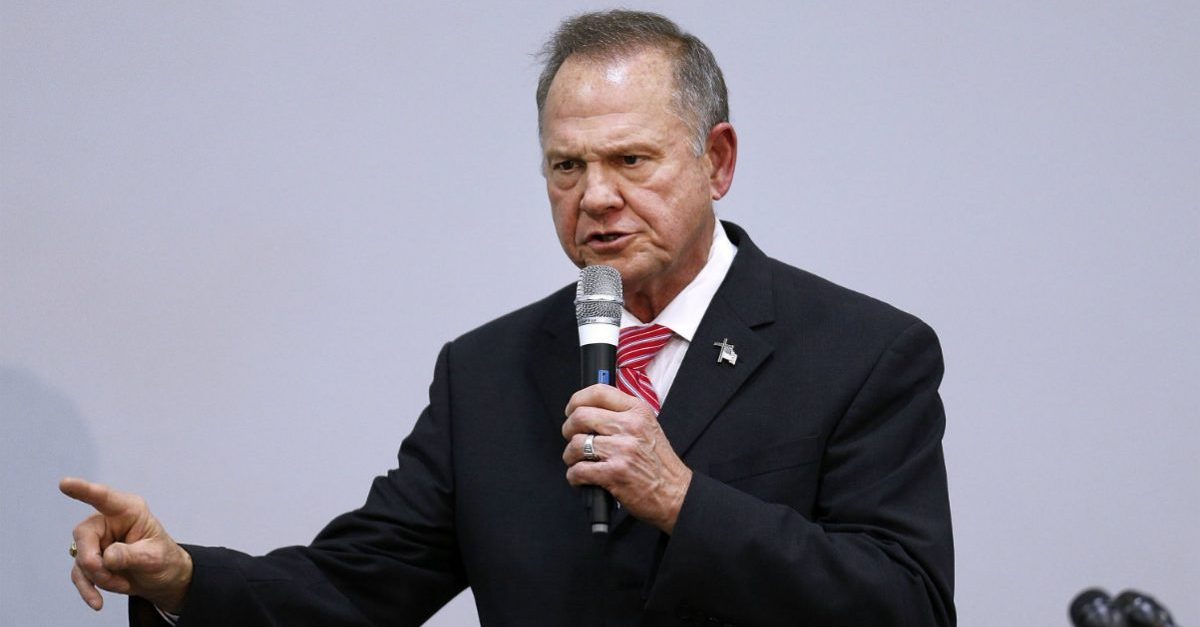 Alabama Republican and former U.S. Senate candidate Roy Moore has announced a run for Senate in 2020 despite objections from other Republicans and President Donald Trump.

BREAKING: Alabama Republican Roy Moore announces another run for U.S. Senate in 2020 after losing in 2017 amid misconduct allegations.

The Associated Press reported earlier today that people with direct knowledge of Moore’s thinking said they expected him to jump into the 2020 race.

During the 2017 race, Moore was accused of molesting teenaged girls, including one woman who said Moore sexually assaulted her when she was 14. Moore has denied the allegations.

Republicans see retaking the Alabama seat as a top priority in 2020, as Jones is considered one of the most endangered incumbent Democrats. Trump himself has said Moore “cannot win” an election in Alabama.

Republicans cannot allow themselves to again lose the Senate seat in the Great State of Alabama. This time it will be for Six Years, not just Two. I have NOTHING against Roy Moore, and unlike many other Republican leaders, wanted him to win. But he didn’t, and probably won’t…..

…If Alabama does not elect a Republican to the Senate in 2020, many of the incredible gains that we have made during my Presidency may be lost, including our Pro-Life victories. Roy Moore cannot win, and the consequences will be devastating….Judges and Supreme Court Justices!

Before his failed run, Moore was twice elected as the state’s chief justice but was kicked out of office two separate times after a judicial ethics panel said he defied federal court orders.