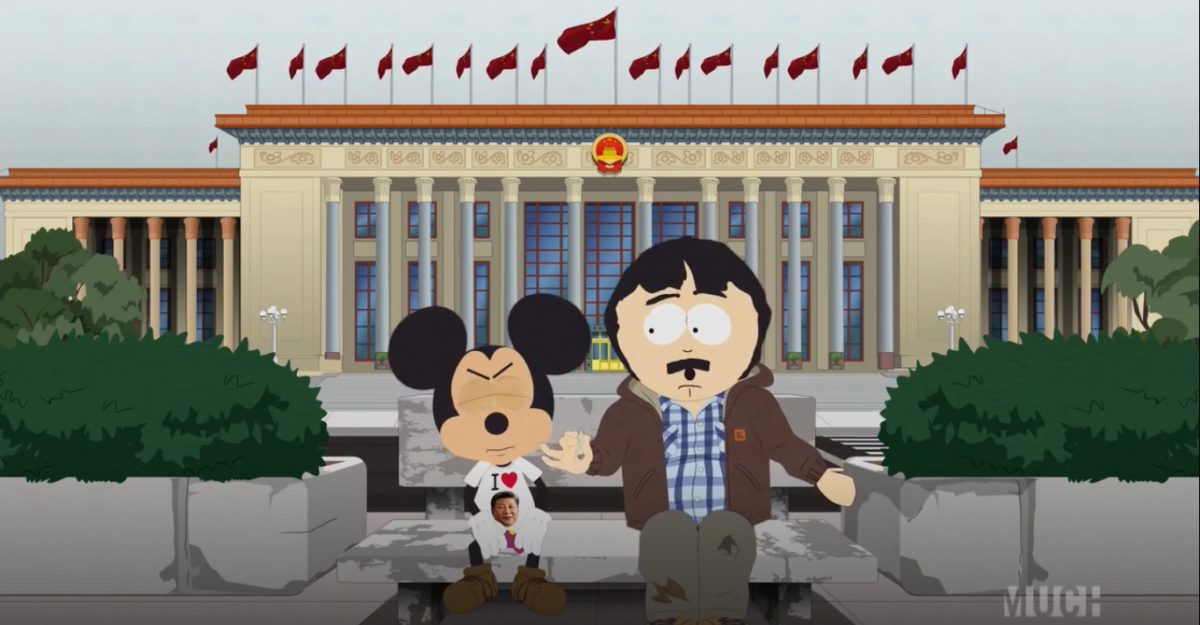 The Chinese government has reportedly banned all mention of South Park online following last week’s episode which called out western companies who betray their ideals in order to secure funding from the nation.

According to the Hollywood Reporter, China responded to the episode “by deleting all clips, episodes and discussions of the Comedy Central show.”

“A cursory perusal through China’s highly regulated Internet landscape shows the show conspicuously absent everywhere it recently had a presence. A search of the Twitter-like social media service Weibo turns up not a single mention of South Park among the billions of past posts,” the Hollywood Reporter claimed. “On streaming service Youku, owned by Internet giant Alibaba, all links to clips, episodes and even full seasons of the show are now dead.”

“And on Baidu’s Tieba, China’s largest online discussions platform, the threads and sub-threads related to South Park are nonfunctional,” the news outlet continued, adding, “If users manually type in the URL for what was formerly the South Park thread, a message appears saying that, ‘According to the relevant law and regulation, this section is temporarily not open.'”

In the second episode of South Park‘s 23rd season, Google, Disney, and the NBA were all criticized for compromising their moral integrity to get Chinese money.

As reported in Mediaite’s review of the episode last week:

Upon arrival in China, Randy gets arrested for attempting to bring marijuana into the country, and is forced to make dolls in a prison sweatshop and read communist literature.

At the end of the episode, Randy, covered in blood and with a pile of money outside of his house, eats breakfast and declares, “I for one think the world will be a better and safer place now that China finally has Tegridy.”

Randy’s son Stan concludes with a different message after experiencing his own issues with China: “Anyone who would betray their ideals just to make money in China isn’t worth a lick of spit.”