POLL: 3 in 4 Republicans Believe Trump Supporters Are NOT to Blame for January 6th Capitol Attack 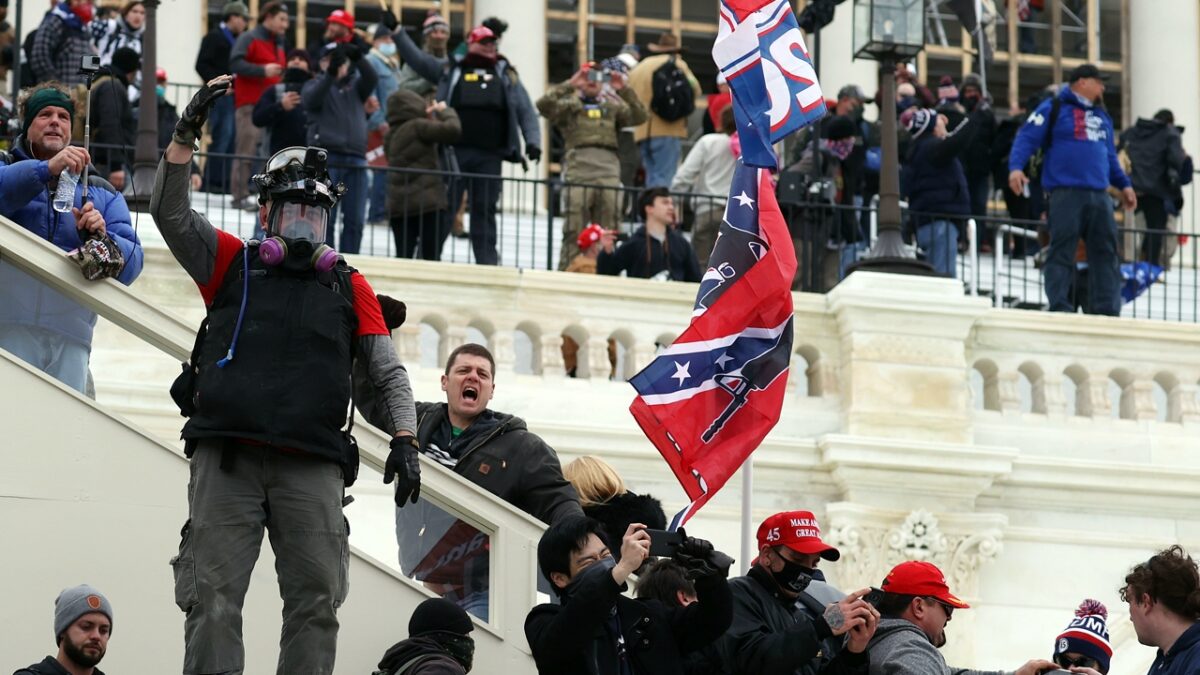 A new Yahoo/YouGov poll reveals that nearly three in four Republicans believe that left-wing protestors are to blame for the January 6th attack on the Capitol.

This new information comes as the Senate votes on a bipartisan 9/11 commission to investigate the capitol mob led by Trump supporters eager to disrupt the constitutional process of certifying the Electoral College results that saw President Joe Biden replace former President Donald Trump.

The survey of 1,588 U.S. adults, which was conducted from May 24 to May 26, found that less than half of Republicans (41 percent) say supporters of then-President Donald Trump who gathered on Jan. 6 at the Capitol to rally against the certification of Joe Biden’s Electoral College victory bear “some” or “a great deal” of the blame for the subsequent riot, which left several people dead and more than 140 injured. Less than a quarter (23 percent) blame Trump himself, and most (52 percent) say he is “not at all” to blame.

Yet a full 73 percent of Republicans pin “some” or “a great deal” of responsibility on “left-wing protesters trying to make Trump look bad,” even though both the FBI and Republican House Minority Leader Kevin McCarthy have rejected the falsehood that leftist protesters were involved.

The vast majority of Democrats, meanwhile, say blame for the deadliest attack on the Capitol in two centuries falls on the Trump supporters who assembled in Washington (84 percent), Trump himself (83 percent) and Republicans who claimed the election was stolen (79 percent). Most Americans (63 percent, 55 percent and 56 percent, respectively) agree.

Senator Mitch McConnell has reportedly been “begging” his fellow GOP Senators to vote against the investigating commission, despite his Senate floor speech on February 13th that explicitly called for a criminal investigation into Trump’s role in inciting a riot. These poll results reveal why he has little motivation to continue to explore the root cause of the attack on the Capitol building, as the vast majority of self-identified Republicans believe that it was the fault of left-wing protestors. It was not.

The Senate vote on the commission is set for Friday morning.