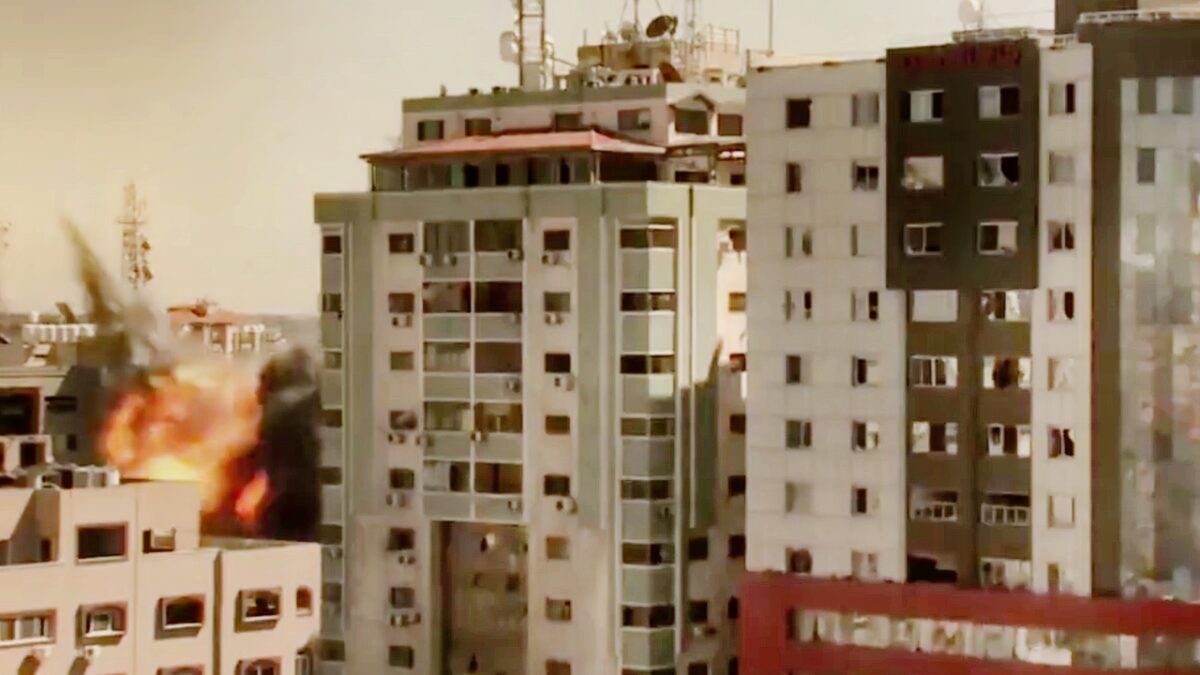 Mediaite has obtained an internal Associated Press memo on the Israeli Defense Force’s attack on a building that housed the AP’s Gaza bureau.

On Saturday, the IDF gave a warning to evacuate before fighter jets then attacked and completely destroyed a 12-story building that housed offices for some international media outlets, including the AP and Al Jazeera.

The IDF tweeted that the building contained “Hamas military intelligence assets” as well as “civilian media offices, which Hamas hides behind and deliberately uses as human shields.”

The building was safely evacuated in the time between the warning and the strike, as the internal memo from AP President and CEO Gary Pruitt notes, but Pruitt slammed the strike as an “incredibly disturbing development” that would hamper efforts to cover the ongoing violence.

The full memo — obtained by Mediaite’s Marisa Sarnoff — is below:

Today the building housing AP’s bureau in Gaza, and the offices of other news organizations, was destroyed in an Israeli airstrike. We received prior warning and thankfully were able to evacuate our staff and freelancers and get them to safety. Everyone is OK. One of our colleagues bravely captured the strike on live video from a nearby building.

Our office in Gaza is a critical location. It provides the best visuals of the events taking place. The world will know less about what is happening in Gaza because of what happened today.

The strike is, of course, an incredibly disturbing development. The Israeli military has long known the location of our bureau and knew journalists were there. We narrowly avoided a terrible loss of life. A dozen AP journalists and freelancers had been inside the building.

We are seeking information from the Israeli government and are engaged with the U.S. State Department to try to learn more about the strike.

I have issued a statement to this effect, which is available on the AP blog.

We stand with our colleagues in Gaza who continue to tell this important story.

Pruitt echoed those sentiments in the aforementioned statement on the AP blog.

Marisa Sarnoff and Caleb Howe contributed to this report.