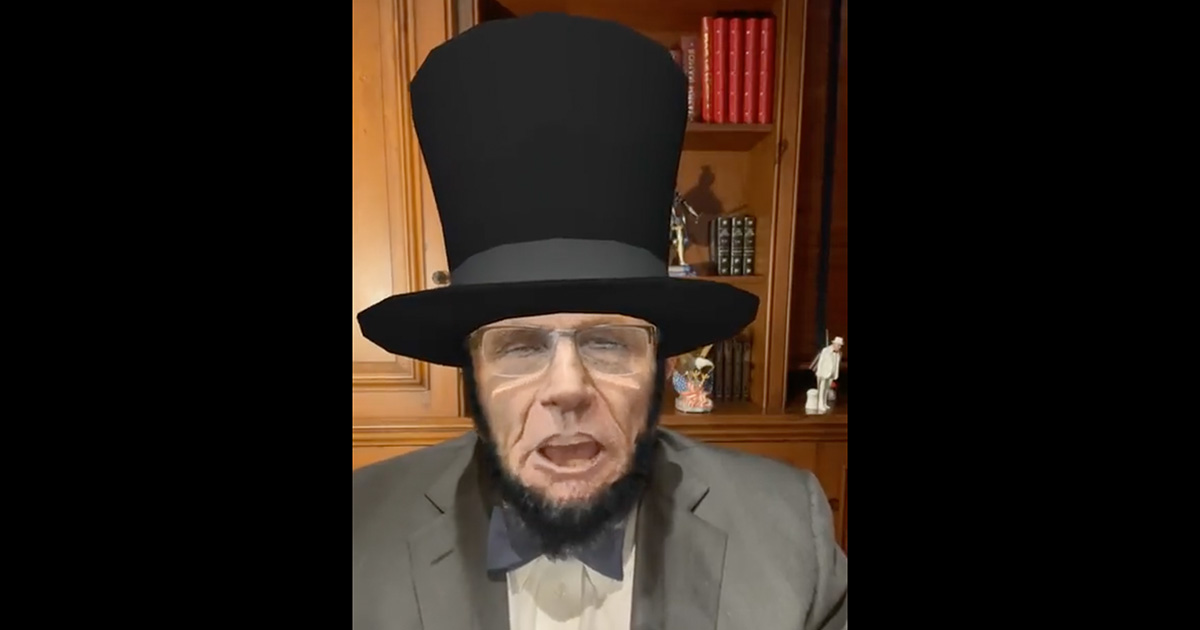 If you’ve been waiting all your life for Rudy Giuliani to cosplay as Abe Lincoln, then good news, person with really specific tastes!

The former New York mayor posted a video of himself with a Lincoln filter in what is ostensibly meant to be a get-out-the-vote message for Virginia Republican gubernatorial candidate Glenn Youngkin, running against Democrat Terry McAuliffe.

You may very well ask why he would do the ad as Abe Lincoln. Well, it was meant to reference a Clinton-era scandal over a plan to let top donors stay in the Lincoln Bedroom, a controversy that originated with a memo McAuliffe sent to a White House official.

So in an approximation of a Lincoln voice, Giuliani said, “In my time, we had a name for men who sold bedrooms for one night. In your time, the name is Terry McAuliffe! End the Clinton sleaze once and for all!”

To be fair, the comparison isn’t completely without merit. After all, who can forget Lincoln’s famous speech at Cooper Union Total Landscaping?