A Smart Move: Axelrod Restarts The Campaign With Anti-Romney Tweets 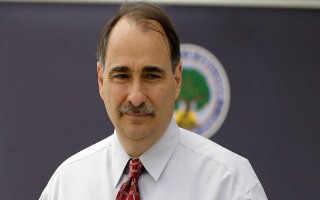 President Barack Obama’s senior campaign advisor, David Axelrod, emerged from a brief period of détente on Monday morning and took to his Twitter account to slam the President’s Republican rival, Mitt Romney. Some were taken aback by the swift return to the harshness of a campaign tone so soon after the horrific mass shooting in Colorado early Friday morning. I, for one, welcome the return of the campaign. The sooner the nation can return to focusing on the presidential election, the better – if only to rob the alleged shooter of his moment of hyper-speculative fame.

RELATED: Joe Scarborough: People Like James Holmes May Be ‘Somewhere On The Autism Scale’

After a three day break from his Twitter account, Axelrod returned on Monday to throw some mud back in his Republican opponent’s direction:

And on the subject of secrecy:cnnmon.ie/NrcnkRaa

The message from Axelrod’s tweets on Monday morning: “game back on.” And praise be unto him for that. No matter how silly, superfluous or even offensive the political conversation in election years can sometimes become, nothing is worse than the baseless speculation that follows an atrocity like the one committed in Colorado on Friday.

Who is James Holmes? What was he thinking as he donned the apparel of a comic book villain and massacred a room full of innocents? Did his parents love him? If his parents did not love him, is it time for a national conversation about the important calming effect of parental love? What about American society – what does this disaster say about us as a nation and as individuals? And what about gun ownership? Or gun non-ownership? Should America do away with guns or should every citizen of age be required to be armed at all times? Take this non-scientific poll on the left margin of this site and make your opinions known.

This self-serving and ultimately unsubstantial navel-gazing follows nearly every similar nightmare perpetrated by a lone and mysterious figure. The public becomes enthralled with this character and must know more. Often these “national conversations” can be mired in sophistry and foster the drawing of fallacious conclusions in order to assign order to an event which is fundamentally entropic.

No one should be ashamed of harboring a morbid curiosity about this individual. Since this kind of reaction accompanies nearly every similar atrocity, it makes sense to assume that it is part of human nature to want to connect the dots. For those close to the victims of this attack, that process can be helpful. For those not connected but nevertheless impacted by the event, a thorough examination of the alleged perpetrator and the circumstances of the assault can be cathartic. Those are decent and admirable human traits. But for most of us, dwelling on these events is redundant and not especially helpful.

No, the alleged shooter does not deserve the national spotlight he likely craved. It is inevitable that he should receive some attention in the press, albeit negative. But I prefer to move on with the day-to-day. At a certain point, we will be repeating ourselves when there are no more new and relevant details about Holmes to discuss. His mental stability, the reasoning behind his actions, his favorite cereal – all are largely irrelevant and promote the alleged shooter to undeserved celebrity status. His victims’ lives are more deserving of remembrance than Holmes’ life is of scrutiny.

There is peace of mind to be found in work. Thinking in repetitive circles about this event is not healthy – those predisposed to get back to thinking about the presidential race now have a perfect excuse to do just that thanks to Axelrod’s tweets.

So, good for Axelrod for reigniting the presidential campaign. I can understand why some may think his remarks are atonal given the weight of the grief many are coping with. I, however, say that it is time to get back to work. Axelrod has given us all license to do just that.