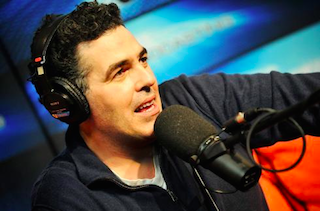 Adam Carolla has officially weighed in on SiriusXM’s decision to fire popular radio host Anthony Cumia from The Opie and Anthony Show, over offensive comments he made on his Twitter account. During an episode of his podcast, Carolla did not go so far as to defend what Cumia said, but did say he “feels bad” for the host given the circumstances.

By working for SiriusXM instead of creating his own podcast like he did, Carolla said Cumia found himself in a situation where he could be fired at any moment for saying the very things that many of his listeners likely want to hear. Carolla compared himself to people like Chris Rock and Jerry Seinfeld, who have “forged a career” for themselves, and therefore can’t be “shit-canned.”

I feel bad that Anthony got shit-canned, I hate this world that we’ve created where everyone just shit-cans everyone for everything. I think there’s a way that we can disagree with what he said or the language that he used but still make that his choice. His words and his experience. And move on from it. I don’t like this thing where it’s like: we don’t like you because you said this and you used those words, and now you must be relieved of your livelihood.

“It is scary to me when the people who go off to become the alternative — the SiriusXM, satellite, the hey, this is our uncensored world,” Carolla said, adding that it was “part of the sell” for satellite radio that hosts could use profanity and not have to worry about the FCC.

“It’s weird when the people who break off to fight against the man become the man,” he said. “And it sounds to me like SiriusXM has become the man.

Listen to Carolla’s full remarks below, via The Adam Carolla Show: