After Trump’s Worst Policy Blunder To Date, the Media Falls Flat On Its Face
Opinion

After Trump’s Worst Policy Blunder To Date, the Media Falls Flat On Its Face 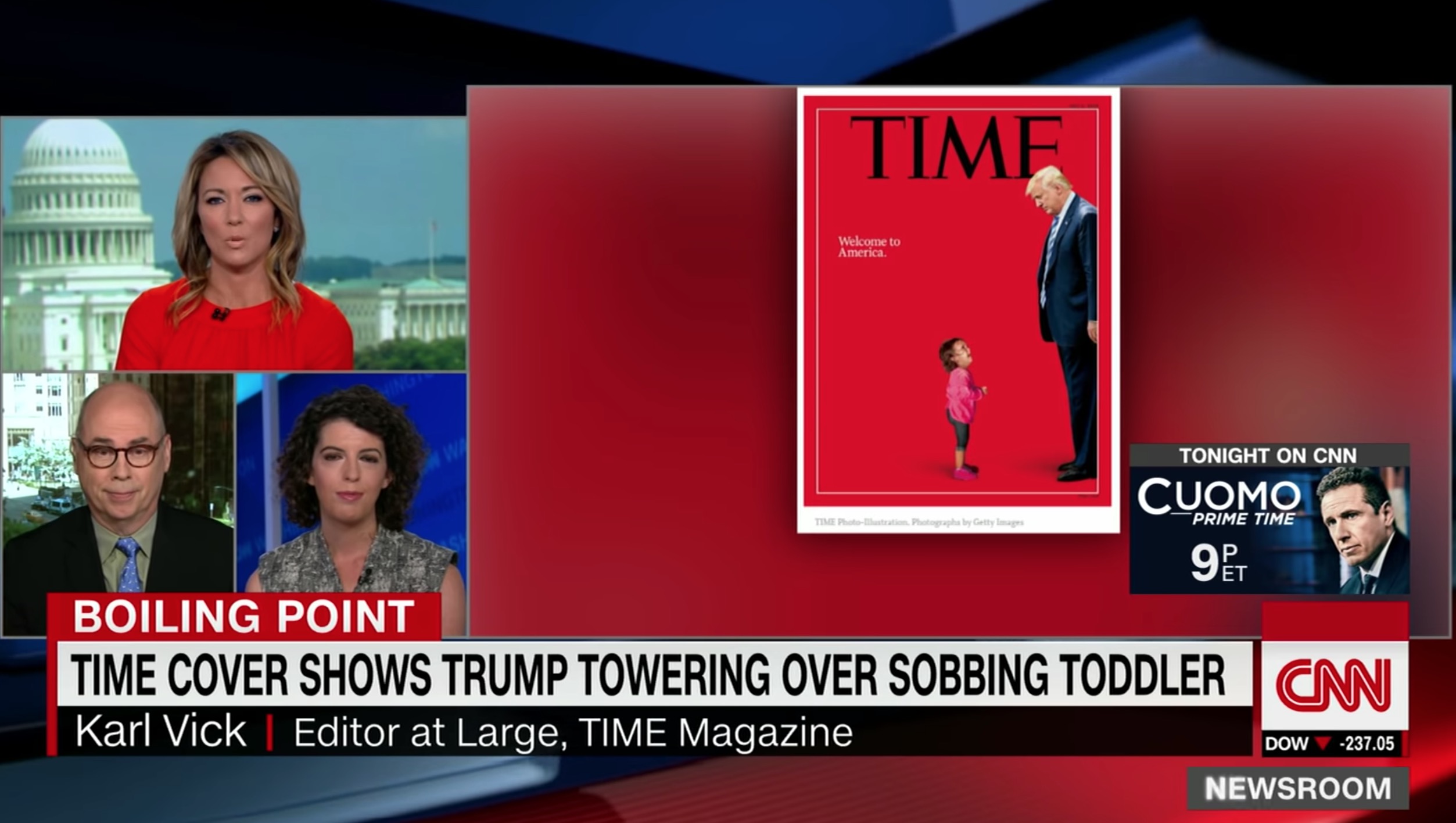 Like every presidency, the Trump administration has faced various policy missteps. From the disastrous rollout of the travel ban, the Twitter declaration that transgender people can no longer enroll in the military, to the rolling back of the Obama-era policy banning elephant trophies, these were mistakes that cannot be blamed on anyone else but the executive branch. However, it was the separation of illegal immigrant families at the southern border that quickly became the biggest miscalculation of the Trump presidency.

It’s no secret that President Donald Trump campaigned as a hardliner on immigration and the recently-implemented “zero tolerance” policy criminalized all illegal immigrants coming in at the US-Mexico border. However, it was the 1997 Flores settlement made in the federal courts that ruled that migrant children cannot be detained with their parents as well as a 2016 ruling from the liberal Ninth Circuit Court calling for the immediate release of migrant children when families are detained at the border that the Department of Justice and the Department of Homeland Security cited as their legal reasoning behind their policy.

While the rollout began in April, it wasn’t until mid-June that the Trump administration faced heavy backlash from both sides of the aisle with a whopping 70% of the country not supporting the separation of these families. And after blaming Democrats and insisting that an executive order can’t stop the family separations, Trump caved this week signing an executive order that detained these families together “indefinitely,” which for obvious reasons clashes with the Flores settlement.

This administration has been inconsistent about the motivations behind the botched policy. Some have said they’re just enforcing the law, others have said it’s to deter illegal immigration, but many suspect this was an attempt to twist the arms of Democrats into coming to the table and passing immigration reform. Whatever the case may be, it was a huge miscalculation and an epic failure.

But no matter how much Trump screws up, it isn’t enough for an adversarial media to simply boast in his misery. They always have to go beyond the celebration and present themselves as irrational and even unhinged.

CNN’s Don Lemon of course thinks virtually everything Trump does involves race. His colleague Jeffrey Toobin was gleefully declaring that this crisis was “Trump’s Katrina” and Playboy reporter Brian Karem‘s melodramatic outburst during the White House press briefing was advocacy journalism at its finest.

We’ve seen countless pundits invoke Nazis and the Holocaust and compare these detainment centers to concentration camps. But the media’s coverage has gone from being irresponsible to truly nauseating, especially when MSNBC’s Donny Deutsch compared all Trump supporters to Nazi guards.

Nothing was more egregious, however, than Time magazine’s manipulative cover featuring the image of that crying 2-year-old migrant girl that went viral earlier this month placed next to a towering heartless President Trump. Turns out that little child was never separated from her parents. But perhaps what’s worse than the original sin of publishing that falsified cover was the defense the magazine gave. After offering a dinky correction saying they “misstated” what happened to to that child, the editor-in-chief Edward Felsenthal stated the following (emphasis mine):

The June 12 photograph of the 2-year-old Honduran girl became the most visible symbol of the ongoing immigration debate in America for a reason: Under the policy enforced by the administration, prior to its reversal this week, those who crossed the border illegally were criminally prosecuted, which in turn resulted in the separation of children and parents. Our cover and our reporting capture the stakes of this moment.”

Felsenthal doubled down on CNN’s Reliable Sources over the weekend, nonsensically saying that despite not knowing at the time that little girl was never separated from her mother, the “unknown” is actually the “power of the image.” He’s full of crap. He ran that cover assuming that girl was separated and now he’s pretending that there was some sort of valuable mystery behind the move.

The cover was never about reporting the facts, it was about pushing a narrative.

Time magazine, a publication now mostly known for their provocative anti-Trump covers, took the position of “the ends justify the means” instead of giving any sort of apology to its readers. And frankly, much of the mainstream media didn’t seem to care.

Trump often gets carried away with his attacks against “fake news,” especially when he calls the media “the enemy.” However, while he deserves to be called out for the falsehoods he makes on a regular basis, the media continues to lose credibility when they themselves don’t seen to care about the facts either, like how family separations also took place under the Obama administration and how even abuse of these children occurred under their watch. Perhaps they were too fixated on Melania Trump‘s jacket to notice. And while several in the media shed tears for the thousands of displaced children, the countless American families who had loved ones killed by illegal immigrants hardly get any attention unless Trump gives them focus like did last week. Conservatives, Republicans, and Trump supporters alike always pick up on these double standards and the more they occur, the more motivated they become at the ballot box.

This entire episode could have marked one of Trump’s biggest blunders to date. Instead, the media allowed its animus for the president to taint their coverage with hyperbole and inaccuracies. If they want the American people to trust them again, they must stop deporting their journalistic integrity.