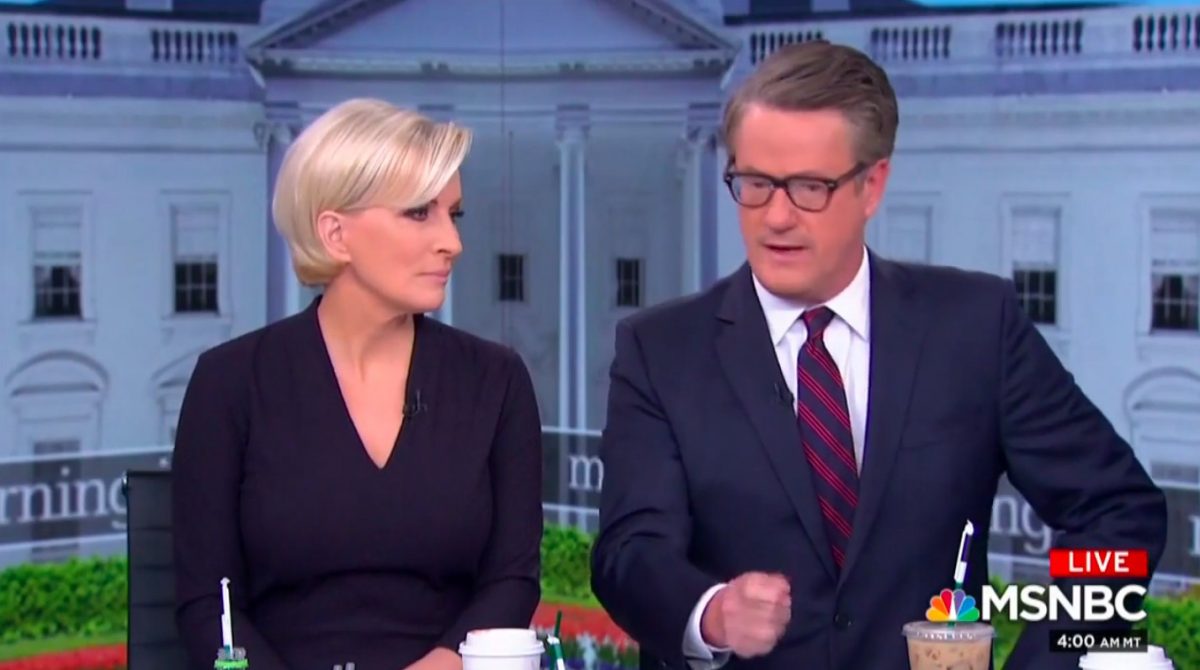 The White House fired back at MSNBC’s Joe Scarborough on Friday after the Morning Joe host compared the Trump administration policy of separating migrant families at the southern border to Nazis practices.

In a lengthy and brutal tirade against Sarah Huckabee Sanders that Mediaite covered, Scarborough ripped the White House press secretary for lying and dodging questions during Thursday’s briefing about the Trump immigration policy.

Scarborough mused: “The question is: is she ignorant? Which would actually be better for her if she just came out and said ‘I’m ignorant and I don’t know what I’m talking about’. Or is she a liar?”

Scarborough described some of the alleged practices being carried out at detention centers, including migrant children being led away from their families for showers, only to never return:

“I know children are being ripped from their mother’s arms, even while they’re being breast-fed. I know children are being marched away to showers, marched away to showers. Being told they are — just like the Nazis — said that they were taking people to the showers and then they never came back. You think they would use another trick like hey, got a slurpee room over there we’re going to take them to get a slurpee. That would be better than we’re marching them to the showers and we’ll be right back and they never come back.”

Sanders apparently noticed, and dispatched her deputy Hogan Gidley to respond to Scarborough’s “outrageous and despicable slander and smear of federal law enforcement officers” in a statement sent to Mediaite.

“It is appalling that Joe Scarborough would compare sworn federal law enforcement officers— who put their lives on the line every day to keep American people safe— to Nazis,” the statement said. “This is the type of inflammatory and unacceptable rhetoric that puts a target on the backs of our great law enforcement.”

“It is also horribly insulting to the memory of the 6 million Jews who perished in the Nazi Holocaust,” Gidley continued. “Not only is Scarborough’s rhetoric shameful, but his facts are categorically false.”

Gidley went on to explain there’s no difference in how the law treats “American citizens” and “illegal aliens,” and managed to fit in a jab at “Democrats’ open borders policies”:

When American citizens break the law, they are separated from their children and prosecuted. It’s unclear why Scarborough believes that illegal aliens are entitled to more rights than those afforded to American citizens. While Scarborough is quick to launch into his straight-to-camera outrage over the temporary separation of illegal alien families, he has never shown similar outrage for the permanent separation of American families forever torn apart from their children, who were killed by criminal aliens as a result of Democrats’ open borders policies. If Joe Scarborough actually cared about keeping illegal alien families together, he would use his platform to support the Trump Administration’s efforts to close loopholes in federal immigration law.