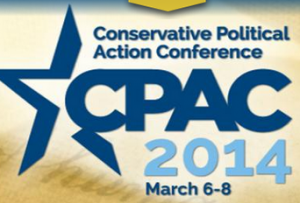 Would you expect a group called American Atheists to have a booth at the Conservative Political Action Conference? Well, it turns out the secular group was planning to be at CPAC this year, telling CNN last night they would be setting up a booth as part of an outreach effort. Group president David Silverman said, “Just as there are many closeted atheists in the church pews, I am extremely confident that there are many closeted atheists in the ranks of conservatives.” A CPAC representative also confirmed the news to CNN, so it seemed like a done deal.

CNN associate producer Dan Merica tweeted out the news earlier today that CPAC decided to pull the plug, and now the American Atheists will not have a booth at the conference.

Breaking: Organizers plan to pull @AmericanAtheist booth from CPAC. Said group left them "with no choice but to return his money."

Meghan Snyder at CPAC: "American Atheists misrepresented itself about their willingness to engage in positive dialogue."

The key reason CPAC says @AmericanAtheist was pulled from the event appears to be tone. Organizers didn't like in-your-face comments.

Merica also posted reactions from Silverman, who said CPAC didn’t want to hear their message that “Christianity is bad for conservatism.”

.@MrAtheistPants: "I am surprised and I am saddened. I think this was a very disappointing turn of events."

The problem for CPAC. –> @MrAtheistPants to CNN: "Christianity is bad for conservatism & CPAC did not want that message out there."

There are a few notable conservative atheists, including Crossfire host S.E. Cupp and columnist George Will, the latter recently describing himself as an “amiable, low-voltage atheist.” Conservative columnist Charles Krauthammer admitted a few months ago he does not personally believe in God, but can greatly respect the idea of a creator.