Ana Navarro: ‘I Don’t Hate White People’ But ‘I Have Issues’ With ‘Some Orange People’

Ana Navarro: ‘I Don’t Hate White People’ But ‘I Have Issues’ With ‘Some Orange People’ 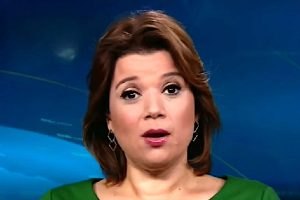 Throughout the presidential campaign, CNN political commentator Ana Navarro was very outspoken about her disdain for then Republican presidential nominee and now President-elect Donald Trump. With Trump now heading to the White House, the Republican strategist has continued with her criticisms.

In response to Trump’s selection of Sen. Jeff Sessions (R-AL) to be his Attorney General, Navarro tweeted out that the GOP Senator was considered too racist to be a judge in the 80s.

Jeff Sessions, considered too racist to be a judge in 80's, is Trump's AG. Best to go back to sleep, America. I'll wake u up when it's over.

Meet our new Attorney General. Then grab a brown paper bag to breath into. Actually white paper bag might be better. https://t.co/bXHKYJXXKF

I don't hate white people. Some orange people, yeah, I have issues with. https://t.co/uMH6FoeWm5

Pretty sure we all know what she meant there.

She continued to hammer at Trump’s selection of Sessions on Twitter, citing the fact that David Duke commended the pick.

Heading into Election Day, Navarro called Trump “crazy” and stated that she believed Trump was planning on deporting her if he were elected. (Navarro was born in Nicaragua.)