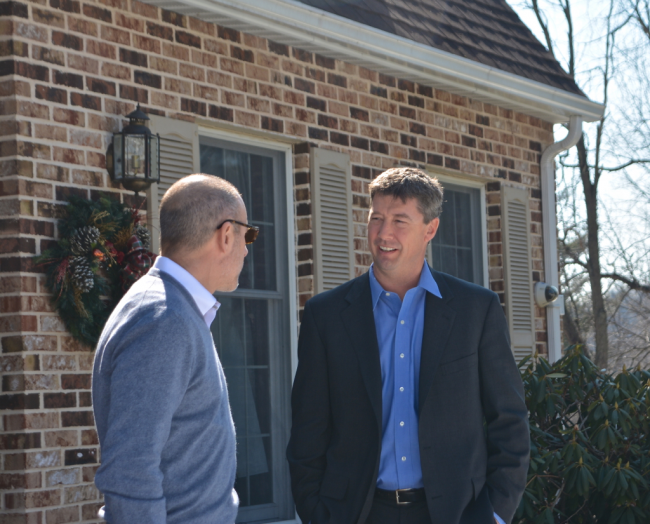 In my very strange media career, I have had a lot of fascinating interactions with many interesting and well-known people. Among them is Matt Lauer.

I can’t even recall for sure if I have ever told him, but I first met Lauer in 1988 when I was an intern at a Boston television where he was hosting a cotton-candy morning show. Just to show you have much local news has degraded, back then the news operation had an unwritten rule that Lauer couldn’t enter the newsroom for fear of his presence somehow soiling their journalistic integrity.

We didn’t meet again until 2009 when I debuted my documentary film, Media Malpractice, about the 2008 election in a Today Show interview with him. Then, in both 2013 and 2014, we did very high-profile interviews for the same show regarding the “Penn State Scandal.” 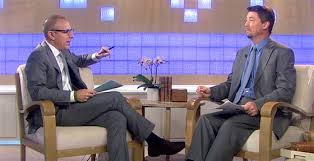 I always considered Lauer to be, like most MSM personalities, rather liberal and PC, but, having been interviewed hundreds of times, I can assure you that he was by far the most formidable interviewer I have ever faced. There was also one situation where he strongly defended me, when he clearly didn’t need to do so, to NBC lawyers who were trying to sabotage my appearance. I have always thought more highly of him because of that telling episode.

With that backdrop, I was both stunned by the allegations being levied against him, and yet not that shocked that he was fired this week. That reaction may sound contradictory, but, if you hear me out, you will see that it is not.

What the vast majority of people don’t realize is that about two weeks before Lauer was fired, his long-time right-hand man Matt Zimmerman, who was the head of NBC’s guest booking, was also suddenly let go for alleged sexual harassment of female employees.

When I learned this happened, knowing nothing of the specifics of the situation, I immediately began to wonder if Lauer would be next. After all, if Lauer no longer had the power to protect Zimmerman, with whom he is very close, over allegations that were vague at best, then it didn’t bode well for the long-term sustainability of his place on the Today Show throne.

As for the actual allegations of sexual harassment, that didn’t sound like either of these two guys I knew a little bit, but there was clearly no way for me to know for sure. However, when it comes to allegations of sexual abuse, especially in this hyper-toxic environment, I am always concerned about a rush to judgment. I have seen, up close, that, in this realm, once that charge is made it is almost impossible to defend and incredibly easy for the truth to get eviscerated in a media firestorm.

Lauer, of course, has already apologized (while saying much of what is being said is not accurate), so to many people he is automatically “guilty.” But given the realities of the current atmosphere – and the politically correct instincts of those in the media elite – such a perfunctory gesture (which never seems to do much good) has very little meaning to me as I try to objectively evaluate what really transpired.

Heck, Lauer is already so toxic that Geraldo Rivera got scolded (by Fox News of all outlets!) for defending him and then had to immediately apologize for doing so. Even still, while obviously, I don’t know the full truth here, based on a detailed conversation with someone close to this story, and my own understanding of the way the media world really works, I am willing to say that there are elements of this story which are being given too much credibility, and those not getting enough attention.

Whenever something this dramatic happens, it is inevitable that most people suspend their disbelief and are willing to accept almost anything as “proof” that the allegation is true. I call this the “Loch Ness Monster Effect.” Once people are convinced that there is a monster than previously normal ripples and shadows in the water suddenly become “evidence” of something much more menacing.

I believe there are already several examples of this with regard to Lauer:

–Katie Couric clearly joking about Lauer pinching her butt (seconds after saying she would marry him) on a very sexually-oriented TV show has now been taken completely out of context.

–Unsourced reports that Lauer’s behavior was an “open secret” have gotten far too easily disseminated and are completely contradicted by the obviously strong emotions and sincere shock, along with relative support, which his female co-hosts expressed in reaction to his firing.

–The widely-reported “door lock button” under Lauer’s desk has been grossly misrepresented as some sort of sex dungeon device. In reality, many top NBC staffers had the same convenience and it was not physically possible to lock anyone in the office, only out of it.

–An old joke Lauer did about being a male victim of sexual harassment is now seen very differently when in reality it was just a lame joke.

–A game Lauer played with staffers “Shag, Marry, Kill,” which he clearly borrowed from his good friend Andy Cohen’s popular Bravo TV show, has had its name changed to sound far more sexual/sinister than it really was.

–Lauer asking Anne Hathaway about something that was in the news and on viewer’s minds is now seen as “creepy.”

–Something weird, with an apparent explanation, that was brought up as a joke on national TV by a female co-worker who has never said a negative word about Lauer is now evidence that he was a sex-fiend.

It has been widely assumed, especially thanks to Lauer’s own past comments, that, to take out a star of his stature so quickly, the evidence against them must be devastating. Two months ago this was absolutely true, but we are living in a very different world now.

One of the very difficult things about fairly evaluating the claims against Lauer is that so little is known about them. It appears that the lone allegation which actually got Lauer fired was from an anonymous female staffer who worked with him on the 2014 Olympics. At first, this was reported as an “assault” (there’s that rush to judgment effect) and then got quickly changed to “harassment,” which is of course VERY different.

Obviously, I don’t know exactly what that means. But it sure SOUNDS like a consensual (though inappropriate) affair which, after having been broken off, was no longer in the interest of the woman to keep quiet and, given the brand-new enforcement of the rules of employee relationships in a post-Weinstein world, was now a weapon with which Lauer could be easily dethroned.

This theory is hardly based on just idle speculation. We must remember how this news cycle began and why all the old “rules,” as wrong as they may have been, have now been radically altered, or are now just suddenly being enforced, largely arbitrarily (has no one ever watched old episodes of Jimmy Kimmel’s The Man Show?!).

It was NBC News, through the direct orders of their president, Noah Oppenheim, which killed Ronan Farrow’s expose on Harvey Weinstein. It was later learned that Oppenheim, who has claimed no relationship with Weinstein, had actually dined with him at a recent gala and is a screenwriter who has talked of leaving news to go to Hollywood full-time.

This put an enormous amount of pressure on Oppenheim and it is not unreasonable to conclude that he needed some sexual harassment scalps in order to make sure he was not burned at the stake himself. At the very least, it is clear that NBC immediately started to strictly enforce technical rules, retroactively, which they had been, wrongly, effectively ignoring for quite some time.

Importantly, Oppenheim himself is not shy about using his power over his employees to get them to do things in his own self-interest. In 2010, as then a senior producer on the show, he got himself placed on the Today Show to promote his own book. Just a couple of months ago, his wife released a book co-written by Today Show host Savannah Guthrie.

I am NOT diminishing the allegations against Lauer. If the more serious ones are true then he absolutely deserved to get fired and should maybe be banned from TV for life. At the very least, since he is married, his apparent affairs with co-workers were immoral and inappropriate.

My point here is that there is another scenario which also makes a lot more sense than the conventional wisdom: Lauer, an over-paid relic of the bygone era of “TV News Stars,” had consensual affairs with women, not his wife, was found to have been in procedural violation of rules he used to get a pass on, and because of the internal politics of NBC and the incredibly contaminated current environment, suddenly got thrown under the bus.

I am not making a value judgment about that. I am just telling you what I currently think probably really happened. I’m pretty sure that I am the only commentator who will be willing and able to do that in this particular case.