Anthony Cumia Speaks Out on Firing, Reveals Which Conservative He Admires

Anthony Cumia Speaks Out on Firing, Reveals Which Conservative He Admires 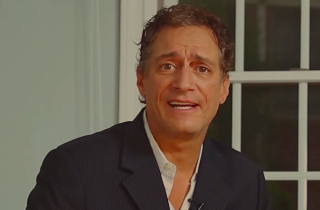 Exiled radio host Anthony Cumia is getting back in the game with The Anthony Cumia Show. But in a new interview with The Blaze, he sounds off about his firing, his ex-colleagues staying on the show because of their contract, and the one conservative pundit he’s always admired for their blunt honesty.

Cumia continues to insist he did nothing wrong in his angry tweets about the black woman he says punched him. He says it’s really hard for anyone to have a conversation on race these days, especially in the black community. Cumia explains, “There are so many productive members of black communities that aren’t speaking out enough because they are petrified of being labeled an Uncle Tom or a traitor to their community.”

Cumia really trashes SiriusXM, his former employer, for prioritizing subscriber numbers above all else, but has nothing but kind words for Gregg “Opie” Hughes and Jim Norton. Those two stayed on the show because of their contracts, and acknowledged weeks ago the “shitty position” they were in. Cumia denies there’s any falling-out with those guys.

And with his new show free of any executives or regulations, Cumia reveals who he’d like to emulate in his commentary.

“I’ve always admired Ann Coulter. I love her. She says whatever she wants, she has a great career and she’s basically untouchable. She just tells them to go screw themselves, and she puts out books, and people love her, and they are bestsellers. And she’s in that position. I want to be in that position.”

You can read the full Blaze interview here.