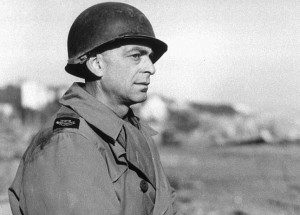 Over 60 years after the end of World War II, the Associated Press has now publicly and formally apologized for firing a reporter following a scoop they got about the end of the war. Edward Kennedy, who died in 1963, discovered that the Germans had unconditionally surrendered before anyone else, but he ran with the story by going around military censors and publishing it ahead of time. The AP reacted at the time by firing Kennedy, but now they have apologized to him and acknowledge it was a “terrible” day for them.

Kennedy was insistent that he had done nothing wrong, and that since the war was over, the “embargo” on news of the surrender was politically motivated more than anything else. The AP gives some background into Kennedy’s decision to bypass the censors.

{H]e initially stayed quiet. Then, at 2:03 p.m., the surrender was announced by German officials via a radio broadcast from Flensburg, a city already in Allied hands. That meant, Kennedy knew, that the transmission had been authorized by the same military censors gagging the press.

Furious, Kennedy went to see the chief American censor and told him there was no way he could continue to hold the story. Word was out. The military had broken its side of the pact by allowing the Germans to announce the surrender. And there were no military secrets at stake.

The censor waved him off. Kennedy thought about it for 15 minutes, and then acted.

He used a military phone, not subject to monitoring by censors, to dispatch his account to the AP’s London bureau. The line cut out before he had finished dictating. Notably, he didn’t brief his own editors about the embargo or his decision to dodge the censors. The AP put a bulletin on the wire within minutes of his call.

The reaction from some of his colleagues was a sense of betrayal that they believed to be on par with Pearl Harbor. The military went so far as to kick Kennedy out of France. The head of the Associated Press immediately came out and condemned Kennedy’s decision, but the current head of the AP said that “it was a terrible day for the AP” and “it was handled in the worst possible way.”