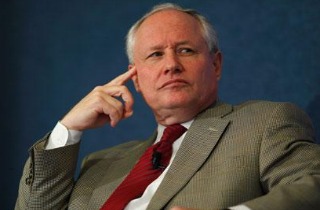 Bill Kristol isn’t thrilled with the direction of the modern conservative movement and in his latest piece for The Weekly Standard, he is prescribing a better path for it’s future. Kristol says the movement is “in deep disarray” and is reminded of Eric Hoffer’s quote when he thinks of the Republican party of today: “Every great cause begins as a movement, becomes a business, and eventually degenerates into a racket.”

Kristol’s piece criticizes President Obama‘s “inaction in Syria” and “inaction in Iran” and advises conservatives to “urge the president to reverse course.”He also thinks conservatives should ultimately be ready to “repair the damage from the Obama years.” At the same time, however, Kristol notes problems coming from within the GOP. “Contemporary liberalism,” he says, “is committed to leading from behind, with a light footprint,” but contemporary conservatism needs to regroup.

He suggests that while the American conservative movement might need a “refounding,” it doesn’t need to be recreated entirely. He also prescribes a “reinvigoration” of the Republican party, “based on a new generation of leaders…from outside the normal channels.” According to Kristol, what the conservative movement can do right now is appeal to “American tradition” to find the right direction for its future. Kristol quotes poet Henry Wadsworth Longfellow, to note his belief that conservatism alone must “restore American leadership” so that “friends of freedom around the world” can “take heart again” in America.