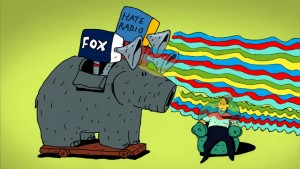 Documentarian Jen Senko never knew her father Frank to be a cigarette smoker — so it was a little stunning when she witnessed him walk up to a group of smokers sitting outside a family favorite restaurant, take a generous inhale of their second-hand smoke, and boast, “I love the smell of cigarette smoke!”

It may have had something to do with the fact that Rush Limbaugh — Dad’s “hero” — had been inveighing against the whole notion of harmful second-hand smoke, which he mocked as a liberal fantasy. Frank Senko wasn’t having any of that hokum.

Trailer for The Brainwashing of My Dad:

This was also during the same period when he refused to wear seat belts (another Limbaugh scourge) and railed against “feminazis” — a period Senko described as “the height of his Limbaugh lunch days.” His daily habit of listening to Rush during his commute to work and at lunch, then at night via a portable radio, blossomed into a full-bore multi-media diet of right-wing news and commentary coming at him via Fox, talk radio, and a glut of email newsletters, which he forwarded to his increasingly disconcerted family. It was, Senko says “almost like he joined a cult or joined a new religion.”

Senko’s new film The Brainwashing of My Dad is about the media apparatus that, in her words, “changed a father and divided a nation.” It’s an inquiry into how her amicable, “Kennedy Democrat” father, who was never particularly strident in his political views, became unrecognizably, caustically partisan, as well as hateful, angry, and intolerant of basically anyone who wasn’t white, male, middle class, and straight.

Using her father’s transformation as a starting point, Senko, who also co-directed 2009’s The Vanishing City, began making the film three years ago. Brainwashing was funded in part by Kickstarter backers who recognized Senko’s alienation from her father in their own family. Some of these backers appear in the movie as talking heads punctuating the film with descriptions of their own similar experiences: a chorus of exasperated sons, daughters, siblings, husbands, wives estranged from relatives who consume right-wing media and seem to inhabit an entirely different reality. “It hit me,” Senko said, “this is a phenomenon.” 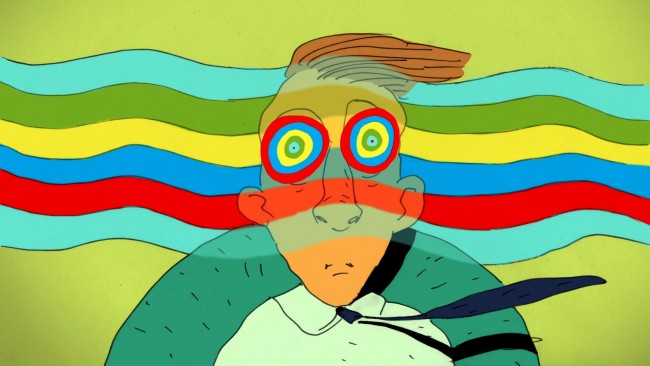 The personal stories come through loud and clear and are hard to argue with. Where I suspect the film will court objection is in its ambition to unravel the history of the “vast right-wing conspiracy.” (The film airs, and seeks to vindicate, those eternal words from the current Democratic frontrunner.)

The particulars may be familiar to anyone who has a passing interest in these matters or who watched Rob Greenwald‘s 2004 documentary Outfoxed: Rupert Murdoch’s War on Journalism. In an economical 90 minutes, Senko deftly weaves her family history with an American cultural history — a five-decade saga of how establishment conservatives created a propaganda apparatus of think tanks, lobbying groups, publishing houses, and of course Fox News, with the goal — as articulated by Senko — of redirecting the “insecurity of aging white men” into righteous anger at social movements.

“A Plan for Putting the GOP on TV News” — a memo from the Nixon-era White House, which Gawker reported on in 2011 — is treated like a smoking gun. The memo’s authorship is unclear, but it comes riddled with handwritten notes by Nixon’s television consultant Roger Ailes, the master of the young medium who would go on to be CEO of Fox News. The memo reads in part:

Senko draws a straight line from the once-fringe ideology of the John Birch Society to the Tea Party currently championed by Fox and taking up residence in the Party of Lincoln. We are told that agendas are pieced together weekly from a patchwork of conservative interests at Grover Norquist’s Wednesday meetings. That buzzwords (like “death tax”) are incubated in Frank Luntz focus groups and grow up to become broadcasted relentlessly to inculcate popular support for elite opinions. That talking points from Ailes cascade from early-morning memos down to the primetime arias of Bill O’Reilly and Sean Hannity. 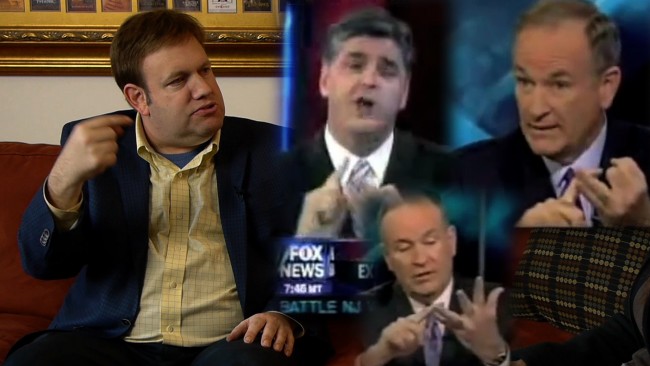 Onetime conservative journalist and Media Matters founder David Brock is summoned to expose the machine he helped to run. As is Gabriel Sherman, author of The Loudest Voice in the Room: How the Brilliant, Bombastic Roger Ailes Built Fox News–and Divided a Country. As are many many others, including Noam Chomsky — because why not?

As to the “brainwashing” claim of the title, cheekily illustrated by cartoons of Space Invaders and clips from The Manchurian Candidate (1962, of course), Senko enlists a neuroscientist to explain how Fox News is guilty of “brainwashing by stealth,” assiduously calibrating the high emotional intensity of its shows to get viewers riled up, among other tactics. (Media Matters’ Eric Boehlert calls the network a “phony outrage machine.”) Senko pieces together montages of O’Reilly railing against the specious “War on Christmas,” or preposterously likening the ACLU to al-Qaeda to drive home the absurd hyperboles.

The film’s message is clear: the assembly of the right-wing media machine has been both purposeful and successful in its goal of turning a generation of middle-aged, middle-class white Americans into angry dittoheads. “We’ve sort of ignored it,” Senko told Mediaite. “There really was a vast right-wing conspiracy.”

At this point (and probably much, much earlier — like when you heard the film’s premise), you’re either nodding your head vigorously or dismissing Senko’s project as liberal propaganda of the lowest order. In that way, the film is perhaps both a victim, and example, of the polarization it endeavors to illuminate. (“My guy is a journalist; your guy is a propagandist.”)

Centrist it isn’t. No one is going to mistake Brainwashing as politically agnostic. A final title card encourages viewers to seek edification at sites like Media Matters, TruthOut, Alternet — progressive media outlets that are likely familiar and loathed with a white-hot hatred by many of the people Senko is trying to reach.

Also, by positing that a cabal of media Svengalis has exerted titanic influence on conservative minds, the film neglects the very real social and cultural forces that drive voter attitudes. And it also, frankly, lets people who espouse extreme, hateful ideologies off the hook for their retrograde beliefs — as if Americans are simply unwitting, empty vessels for whatever media they consume. (Though certainly some will argue that Dad’s change of heart once he starts ingesting reporting from the progressive TruthOut suggests as much.) 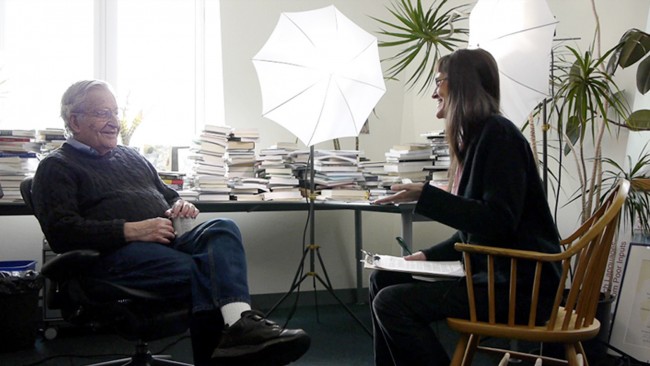 But Senko also makes an inarguable, if well-worn, point: that our media intake has a profound and often unacknowledged impact on how we view the world, on what we consider truth, and moreover, what we consider a trustworthy source. “You have to watch what you eat,” she said. “You can get influenced.”

Does that caveat not extend, then, to Senko’s own movie — a movie that has no patience for anti-gay, anti-feminist, or racist views, while still exhibiting sympathy for those “afflicted” with them?

Senko admitted that her documentary was not immune to charges of emotional manipulation. “It’s a movie and it has to entertain or no one will go see it,” she said, “and yes it has a personal story involved so there is emotion. I guess people will have to decide for themselves if they are being manipulated.”

Take issue with the film’s claims or (and this will require slightly more legwork) with its reporting, but one thing is rendered with unambiguous clarity: In documenting her relationship with her father (who passed away shortly before the film’s release), Senko has drawn an affecting portrait of a family scattered across seemingly unbridgeable ideological divides — and, in doing so, captured a microcosm of our current national predicament.

For those who are willing to engage with Senko’s film in good faith, Brainwashing is a nimbly assembled, mercifully rancor-free, often funny, and always earnest appeal to our better natures. It’s a plea to open our minds, to privilege reason over emotion, facts over feelings, and to reach across the chasms that separate us — as wide as they may be.

Senko’s advice is straightforward enough: “Always fact-check.” The problem, of course, is where?

The Brainwashing of My Dad is currently in limited theatrical release. Click here for a list of upcoming screenings. It is also available on-demand and will be released on DVD and Blu-ray. You can watch the trailer above.