According to early reports from Russian news agency Interfax, a Malaysia Airlines 777 passenger jet has crashed in the Donetsk region of eastern Ukraine, the site of a significant amount of sectarian strife since the overthrow of Ukraine’s government last spring. Unconfirmed reports indicate it may have been shot down by a surface-to-air missile:

Malaysia Airlines has lost contact of MH17 from Amsterdam. The last known position was over Ukrainian airspace. More details to follow.

The jet, which was on its way from Amsterdam to Kuala Lumpur, was carrying 280 passengers and 15 crew members. It is unclear whether the plane had entered Russian airspace. Per Ukraine’s Interior Minister Anton Gerashenko wrote on Facebook that the plane was flying at about 33,000 feet when it was down by a missile fired from a Buk launcher.

#BREAKING: Malaysian plane was brought down by a ground-to-air missile: Interior Ministry adviser, quoted by Interfax

Russian GRU officer Strelkov admitting that he ordered the missile strike against the Malaysian jet.

The above is unconfirmed.

Per EuroMaiden PR, this video shows the aftermath of the crash:

This story is developing. Mediaite will update this post as more information becomes available.

UPDATE 11:54 a.m.: The separatist movement in Donetsk has denied responsibility for shooting down the plane.

Per Interfax: Pro-Russian militia leaders deny involvement. "We simply do not have such air defense systems," MANPADs reach only 4000m.

I am shocked by reports that an MH plane crashed. We are launching an immediate investigation.

Vladimir Putin has expressed his deepest condolences to Prime Minister Najib Razak of Malaysia with regard to the accident in Ukrainian territory of a Malaysian Airlines passenger aircraft, resulting in numerous casualties.

The Russian head of state asked him to convey his sincerest words of sympathy and support to families and friends of the victims. 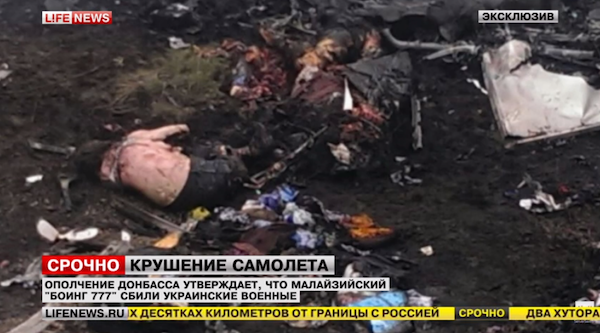 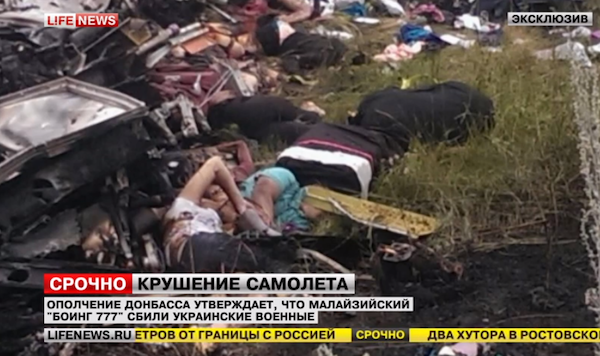 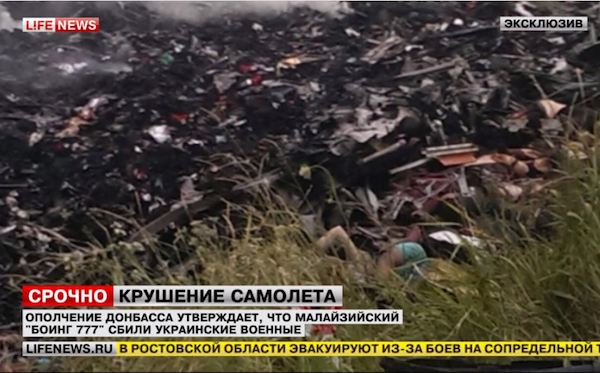 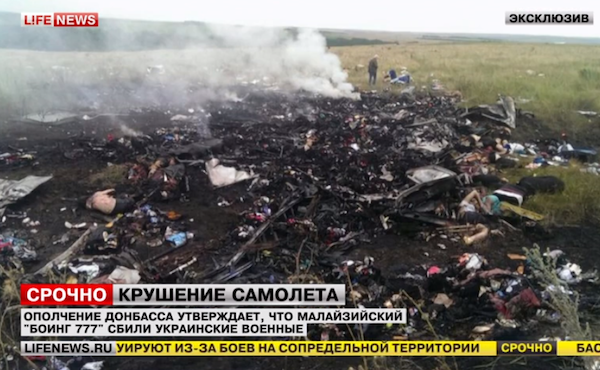 UPDATE 4:20 p.m.: The Wall Street Journal confirms that U.S. intelligence agencies detected the surface-to-air missile launch and tracked it to the plane.