Rudy Giuliani Goes on Tirade When Asked About FBI Leaks 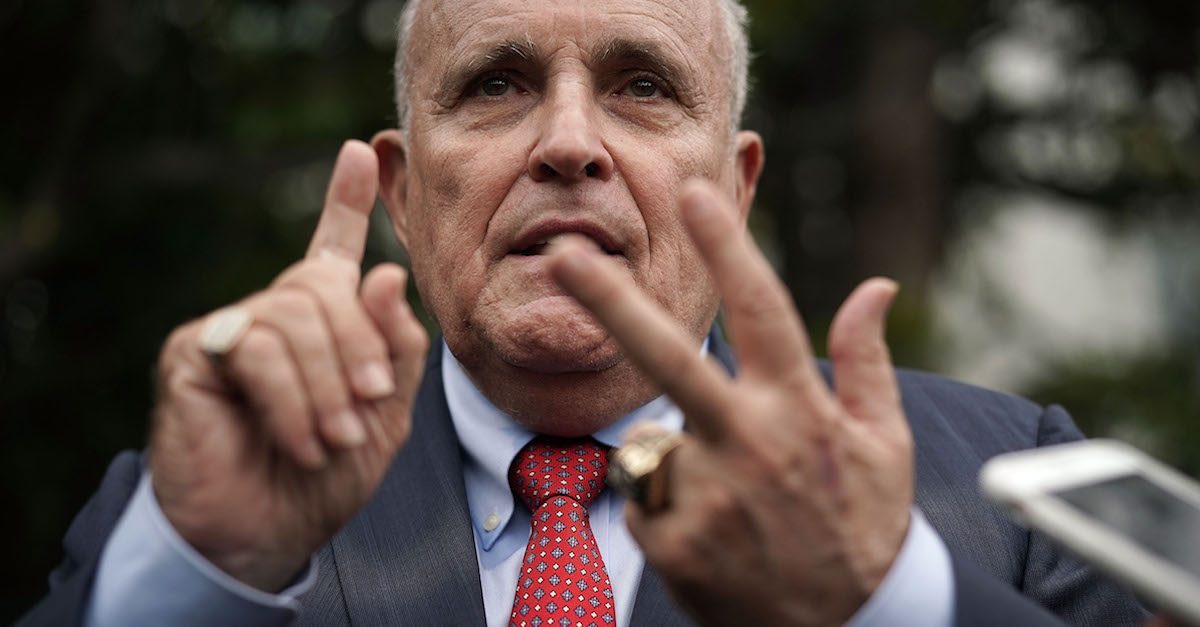 Rudy Giuliani, President Donald Trump‘s lawyer, went on a tirade when asked by a reporter about James Comey‘s suggestion he was leaked sensitive information from the FBI in the run up to the 2016 election.

Comey told lawmakers earlier last week that he feared FBI officials had leaked sensitive information regarding the Hillary Clinton probe to Giuliani, who was a prominent pro-Trump surrogate during the 2016 election.

Yahoo News’ Hunter Walker asked Giuliani about the allegation in a phone interview Wednesday, and the former mayor talked…and talked.

Giuliani first said the allegation has been investigated, and Comey is just “bitter because I’ve called him a liar.”

“He used to work for me and Comey’s a proven liar and leaker,” Giuliani said. “Bullshit. The only reason they think I did it is because they continually did it because they’re a bunch of scumbag liars.”

Giuliani claimed — as he has before — that the information he received on the probe came from former FBI agents who were “old buddies.”

“Our strategy is … to do everything we can to try to convince Mueller to wrap the damn thing up, and if he’s got anything, show us,” Giuliani told Yahoo. “If he doesn’t have anything, you know, write your report, tell us what you have, and we’ll deal with it. He can’t prosecute him [Trump]. All he can do is write a report about him, so write the goddamned thing and get it over with now.”