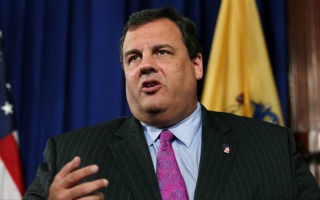 New Jersey Gov. Chris Christie slammed the National Rifle Association’s latest ad in which they accuse President Barack Obama of hypocrisy for sending his children to a school where they are protected by armed guards. Christie called the ad “reprehensible” and said that the NRA should not be “dragging people’s children” into the gun control debate.

RELATED: NRA: Those Who Think New Ad Is About First Daughters Are ‘Missing The Point Completely’

“I think any of us who are public figures, you see that kind of ad and you cringe,” Christie said on Thursday at a news conference in Trenton. “I’m a father who is a public figure, who has four children and my children had no choice realistically in what I decided to do with my career and what affect that has had on their lives.”

“Don’t be dragging people’s children into this,” he added. “It’s wrong and I think it demeans them and it makes them less of a valid trusted source of information on the real issues that confront this debate.”

“Are the president’s kids more important than yours?” the narrator in the NRA advertisement asks. “Then why is he skeptical about putting armed security in our schools when his kids are protected by armed guards at their school?”

“Mr. Obama demands the wealthy pay their fair share of taxes, but he’s just another elitist hypocrite when it comes to a fair share of security,” the controversial ad concludes.