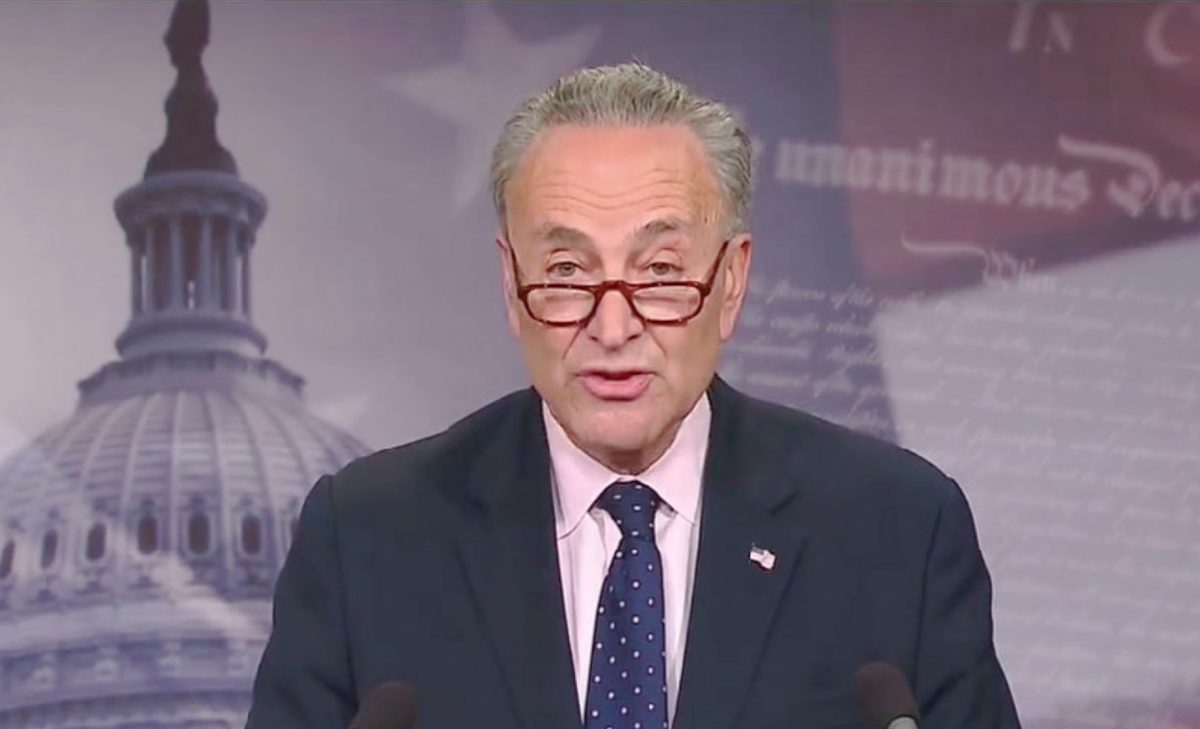 President Donald Trump is railing against Sen. Chuck Schumer (D-NY) on Twitter again. But it seems the Senate Minority Leader found a way to mock the president, while swatting down his latest online barbs.

Schumer opposed the Iran nuclear deal when it was codified under Barack Obama‘s presidency, but he joined the chorus of dissenters earlier this week when Trump announced America’s withdrawal from the agreement.

The senator has explained his new position by saying America has already invested too much into the Joint Comprehensive Plan of Action, and the smartest course of action would’ve been negotiating a new deal to address the current pact’s imperfections.

Even so, critics are accusing Schumer of hypocrisy on this issue, and Trump is joining the dog-pile.

Senator Cryin’ Chuck Schumer fought hard against the Bad Iran Deal, even going at it with President Obama, & then Voted AGAINST it! Now he says I should not have terminated the deal – but he doesn’t really believe that! Same with Comey. Thought he was terrible until I fired him!

Schumer responded to this by asking Trump to remember his wife’s new anti-cyberbullying platform.

“Be Best” is the initiative Melania Trump rolled out this week in order to promote positive conduct on social media. Skeptics doubt the First Lady will have any real impact on this issue, however, because her husband posts mean tweets about his political enemies literally all the time.